Leclerc: Its an unknown where our pace came from 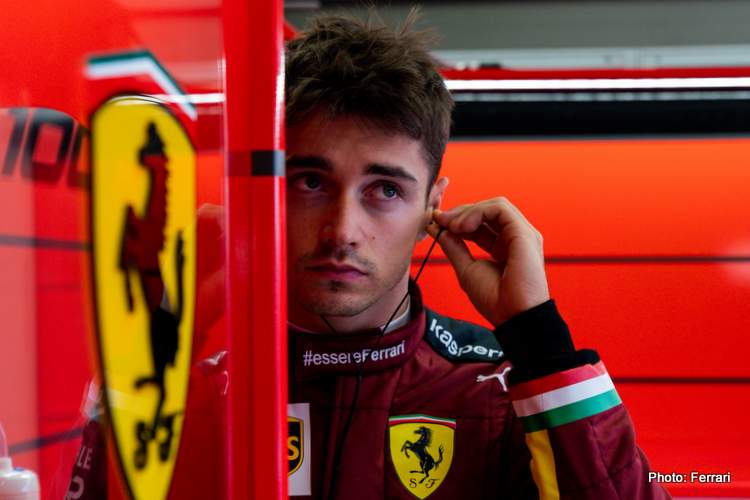 While a podium will be a big ask for Ferrari on Sunday at their 1000th, don’t discount it because Charles Leclerc intends wringing every bit out of the cumbersome SF1000 no matter what it takes at tomorrow’s first-ever Tuscan Grand Prix.

Leclerc’s commitment and pace in qualifying at Mugello on Saturday were rewarded with P5 on the grid, it was a huge effort way faster than the next best Ferrari-powered driver, Alfa Romeo’s Kimi Raikkonen, down in 13th.

More telling was the fact that Sebastian Vettel, in the other Red car, scraped through into Q2 but was only good for 14th, the German’s best effort was six tenths shy of Leclerc’s top time on the day.

The Monegasque reported, “I’m happy to be back in the top ten as I’ve missed tackling Q3 in recent races. The last two weekends have been extremely difficult for us so it’s nice to finally see the light.

“It’s still a bit of an unknown where our pace came from, and it is very important for us to find out, because that’s how we will consistently be at our best.

“The characteristics of this track suit our car better, that’s for sure. I think our medium-downforce package is better in terms of balance compared to our low-downforce one that we were running in Monza and Spa.

“I was struggling to drive the car there, and here I’m a bit more at ease with it, so I had more confidence and that also helped today.

“P5 is definitely the best we could have done. We are lacking performance compared to the guys in front but overall I’m very happy with the balance, which is positive.

“It’s going to be a difficult race because we have quite a lot of cars behind us that might turn out to be faster than us. Hopefully, we can give our Tifosi some entertainment and finish in this position or even better,” added the Monegasque.

In stark contrast, Vettel has yet to find the sweet-spot and summed up his afternoon, “I made a mistake in Q1, although I was still able to go through to the next part, but from then on we weren’t able to make any progress.

I am not happy with this result, but I have struggled a little bit this weekend so far, so lets see what we can do tomorrow,” added the German who is enduring his worst year since he made his first full F1 season in 2008.