Hamilton: I’ve been working hard in the background 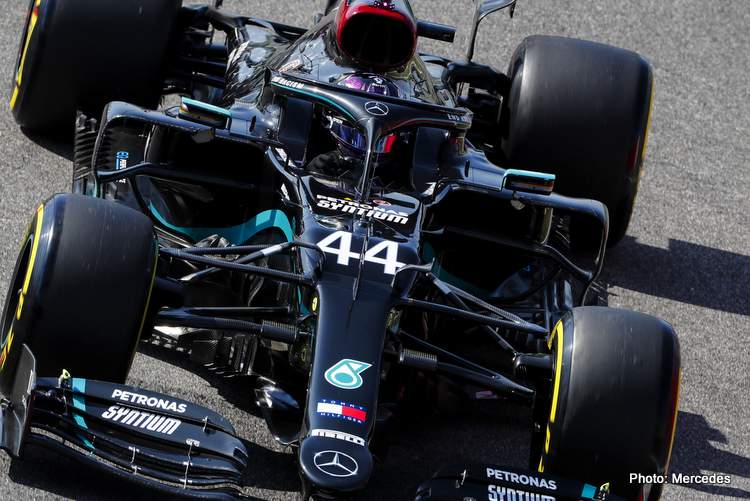 While his Mercedes teammate Valtteri Bottas set the pace throughout free practice for the Tuscan Grand Prix, in qualifying it was Lewis Hamilton who once again had the edge, the extra bit that he had on previous 94 pole-winning occasions.

On Saturday at the stupendous Mugello, Hamilton blitzed to his 95th top spot start out of 259 attempts – the Briton’s seventh of this season – his best time of 1:15.144 set a new outright record for the circuit, thanks to homework he did to beat an on-form Bottas, when it mattered, by a mere six-hundredth of a second!

Hamilton summed up his afternoon in the Tuscany sunshine, “I’m so happy to be up here. It’s been a tough weekend, to be honest. This is a phenomenal track and it’s very challenging.

“Valtteri has been quicker than me all through the weekend, so I’ve been working hard in the background to try and improve my lines and set-up. And finally, I got the lap together that I needed in Q3.

“The wind picked up a bit for the second lap, which is why I wasn’t able to go any quicker, but the first lap was good enough. Valtteri did a great job and has been pushing me really hard, so I’m glad I could pick up the pace once I got to qualifying.

“I’m looking forward to [the race], it’ll be difficult on such a high-speed track but that should also make it pretty interesting,” added Lewis who will be seeking his 90th Grand Prix victory, ironically, on the occasion of Ferrari’s 1000th race, on the track they own too.