Gasly: We need to find a way to recover 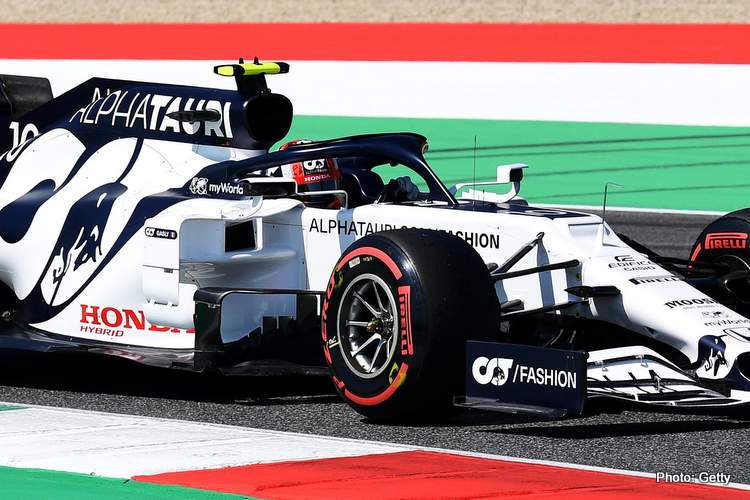 What a difference a week makes! After winning the Italian Grand Prix Pierre Gasly was on a high as he headed to the Tuscan Grand Prix and after a great showing in practice the AlphaTauri driver failed to make it beyond Q1.

After celebrating on the top step of the Monza podium, on Sunday he will line up 16th on the grid, his teammate Daniil Kvyat outqualifying him for only the second time in nine outings this season.

Prior to Saturday afternoon, Gasly was at the sharp end of proceedings, setting the fifth-fastest lap time in FP3 but on Saturday evening the Frenchman was left contemplating an unexpected result.

“Today was frustrating as everything was going so well all weekend,” he reported afterwards. “The car was good in free practice, and in Quali we pushed the engine a bit more and in my two laps before the finish line, I ran out of energy which cost us more than a tenth.

“Looking at the gap, we were only missing half a tenth to Q2. It’s clearly not good on such a track to qualify so far behind and it’s a shame because everything before that went great.

“We just didn’t manage to put things together in Quali and we made small mistakes in the worst possible moment. We need to find a way to recover as we know we are faster than this, so we’ll try to make our way back into the points tomorrow.”

Kvyat was more upbeat summing up his afternoon in Tuscany, “I had a solid day today as I felt more comfortable with the car in qualifying than in other sessions. My engineers did a good job trying to make the car suit my driving better because yesterday I wasn’t very happy.

“Today we definitely made a step forward. However, we were missing a couple of tenths, so in the last run since there wasn’t much to lose, I tried to take Turn 7 flat; you try to find time anywhere you can.

“We start from P12 tomorrow and you can fight from there, the race is new for everyone, so it will be important to capitalize on anything that might happen,” added the Russian.

No shortcuts or room for error around Mugello, as @PierreGASLY found out 😬 pic.twitter.com/IhgEX32r5e