Bottas: Disappointing, I had to abort my final lap 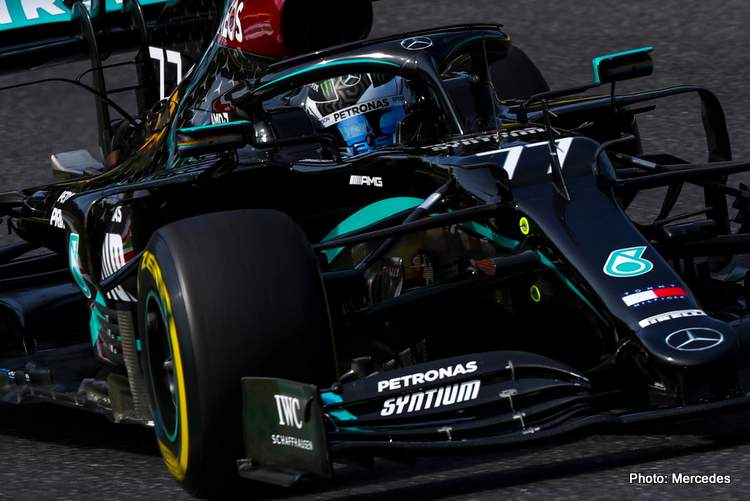 Valterri Bottas owned Mugello throughout free practice, but on Saturday his chance of beating Mercedes teammate Lewis Hamilton to pole was scuppered when a yellow flag in the first sector, where he was during the final run in Q3 and he had to come off the gas.

However, Bottas was adamant pole would have been his had errant Esteban Ocon not spun his Renault as the final shootout was about to unfold.

The Finn said afterwards, “It’s disappointing to miss out on pole, especially by such a small margin and after I had to abort my final lap. The yellow flags definitely hampered my Qualifying, as I still had more to come with the last lap and was just waiting for the time to get it all right.

“The first run was okay but not perfect, so I was looking forward to going again but I just didn’t get the opportunity.

“Coming into the weekend, we thought it would be nearly impossible to overtake here but during practice, we’ve seen how wide the track is and the different lines you can take through the corners. So, I’m hopeful I’ll be able to take the fight to Lewis tomorrow and have a good battle.

“There’s a long run to Turn 1 as well, so we’ll see what happens,” added the Mercedes driver who lies second in the championship after eight rounds.