Perez gets one place grid drop for FP2 shenanigans 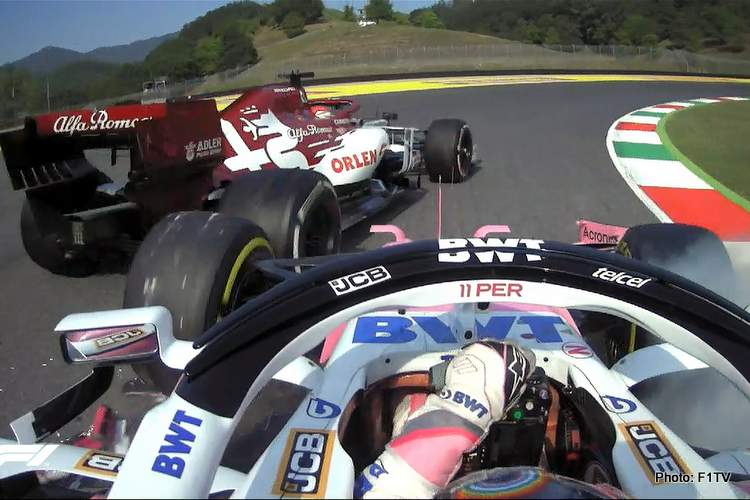 Racing Point’s Sergio Perez will have a one-place grid drop for Sunday’s Tuscan Grand Prix at Mugello as a result of a collision with Alfa Romeo’s Kimi Raikkonen in Friday practice.

The Mexican sent Raikkonen into the gravel after the contact in the day’s second session, bringing out red flags due to debris on the track at the Italian circuit which is hosting a grand prix for the first time.

Stewards ruled the Mexican, who had been leaving the pits, was wholly to blame but reduced the penalty from the usual three positions.

Perez had argued that the Mugello pit lane was long and he had already reached a high speed by the time of the incident and had been unable to take a different approach, “It´s very tough to see another car when you’re coming out of the pit lane and the angle to re-join the track is difficult too.

“I knew he was close, but it’s very difficult to judge the distance between cars and I couldn´t avoid him sadly. It just shows that it´s going to be tricky on this narrow circuit this weekend and we know that track position is going to be very important here,” he added.