Inside Line: Indycar a sensible option for Perez 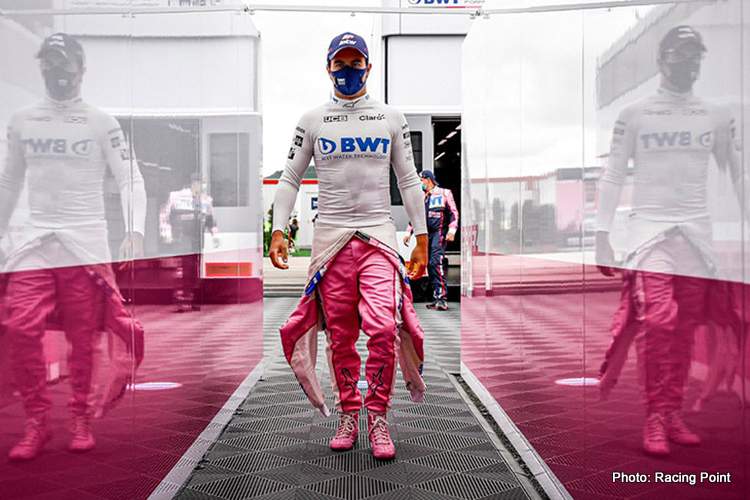 Sergio Perez is parting ways with Racing Point at the end of this season, bringing to a close a seven-year partnership that began in 2014 when Vijay Mallya salvaged the Mexican’s career with a seat at Force India.

Checo was upwardly mobile when he joined McLaren in 2013, walking away from Sauber and from what might have been a Ferrari drive a year later. He was one of the first Ferrari Driver Academy graduates. But history shows that his season at Woking was a huge disappointment. It simply never worked.

Since then, with Force India, he toiled in the midfield with the minnows of the sport, more often than not his sponsors funding the Silverstone organisation’s survival as Mallya’s empire crumbled.

Currently, Perez’s shares are probably at the highest they have ever been in F1, but it was inevitable that Lawrence Stroll would ask him to leave when superstar Sebastian Vettel became surplus to requirements at Ferrari.

Let’s face it, forget current form, Vettel headlining Aston Martin’s entry into F1 next year makes far more marketing sense than Checo being the face of the project. The writing was on the wall as soon as the maths was out there.

The timing of the announcements and their tone, with Checo dropping his bombshell on Wednesday evening, and this morning Racing Point confirming Seb, sounds like it was an amicable bust-up, which in F1 parlance means big money changed hands or a deal has been secured elsewhere for Mexico’s finest.

Of course, the thinking is Checo is keen to stay in the top flight and the only places worth talking about are Alfa Romeo (aka Sauber his first F1 team) or Haas.

But the question is he that desperate?

Look what he is walking away from: Aston Martin with a big budget, Mercedes power units and, of course, Toto Wolff very, very cosy with Lawrence Stroll of Pink Mercedes fame – one plus one equals: when Merc do pull-the-plug on F1 who will inherit their kit? It’s one fine project to be thrust out of when you still have an extra year on your contract.

In stark contrast, Ferrari powered cars (Haas and Alfa) are not desired pieces of kit right now or for the foreseeable future; while Mercedes are locked into their current line-up and Red Bull belongs to Max Verstappen.

What else is there for Checo? How about Indycar?

Checo has been in the piranha-infested F1 paddock for nearly a decade, he must know the game and if he looks around him he should realise there is little left for him to prove or any project worth getting up for every day.

He missed a big team call up and there is no opening happening anytime soon among the few outfits capable of winning.

The final straw may have been when Ferrari went with Carlos Sainz to replace Seb. That the Reds opted not to sign Daniel Ricciardo to partner Charles is incomprehensible and a sensible alternative, Sergio deserved that ride IMO.

Therefore why not consider Indycar in the US of A? From where the father of two will be closer, and in the same timezone as his family and, of course, Indycar would embrace Checo who has a huge fanbase, even during the COTA F1 race he attracts impressive support.

And, crucially loyal financial backing from his array of Mexican sponsors, a proper sweetener for any team.

A nice touch from Zak Brown, no doubt well aware of what the episode at McLaren did to Checo’s career, would be to offer a seat for the 30-year-old to race with Arrow McLaren next year in Indycar. Apart from the sentiment, it makes sense to build a program Stateside for him should he can F1.

Ahead of this weekend’s Tuscan Grand Prix, Checo told reporters in Mugello, “I understand the team, I am not disappointed. It took longer than I thought. Plan-B would not have changed anything. I have been long enough in the business… it is part of the sport.

“I think that my main target is to remain in F1. I am young and hungry. It has to be the right package to enable me to give 100 per cent every single lap.”

“In 2022, I expect rule changes to play in my side. I feel that 2021 can be difficult. But you never know. There are certain options. I don’t expect to make a decision very soon.

“If I don’t find anything in F1. I will think of other series. We will see…” added Checo.

I for one will be sad to see Checo go because I believe he deserved a shot at the big time with a serious team, not one in freefall. But I also don’t want to see the guy where Kimi is right now, he deserves better.