Hamilton: I only drive my electric car 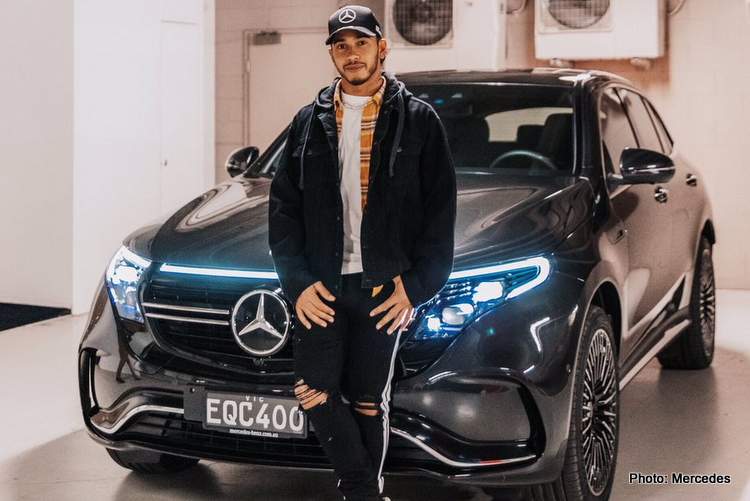 Six-times Formula 1 world champion Lewis Hamilton has a collection of supercars worth millions of dollars but he no longer drives any of them.

The Mercedes driver, announced this week as the new owner of a team in the electric off-road Extreme E series starting up next year, told reporters he was doing his best to be environmentally friendly.

“It’s difficult because there are people (who say) like ‘yeah, but you race a Formula 1 car around every weekend’,” the 35-year-old Briton said on Thursday at the Tuscan Grand Prix at Italy’s Mugello circuit.

“Some of it’s education because not everyone knows the footprint that our sport currently has and what we’re doing in terms of trying to improve that.

But I’m making a lot of changes in my personal life. I don’t drive any of the cars that I own any more. I only drive my (electric Mercedes) EQC,” he revealed.

Formula 1 issued a sustainability plan last year with the aim of achieving a net zero-carbon footprint for the sport by 2030. It has also promised that all Formula One events would be sustainable by 2025.

Hamilton, a vegan, said he also drove a Smart car and requested to be collected from airports in electric vehicles. He has sold his private jet.

According to media reports, he owns a Ferrari LaFerrari, Pagani Zonda, McLaren P1 and 1960s Shelby Cobra among other cars.

The championship leader said he was impressed by Extreme E’s aims and goals, with each team crew having a mandatory female driver.

The races will be held in some of the most remote and harsh environments including the Brazilian rain forest, Greenland, Saudi Arabian deserts and mountains of Nepal to highlight global warming.

There will be no spectators but races will be broadcast on TV and social media, with cars transported around the world on a boat that doubles as a floating paddock.