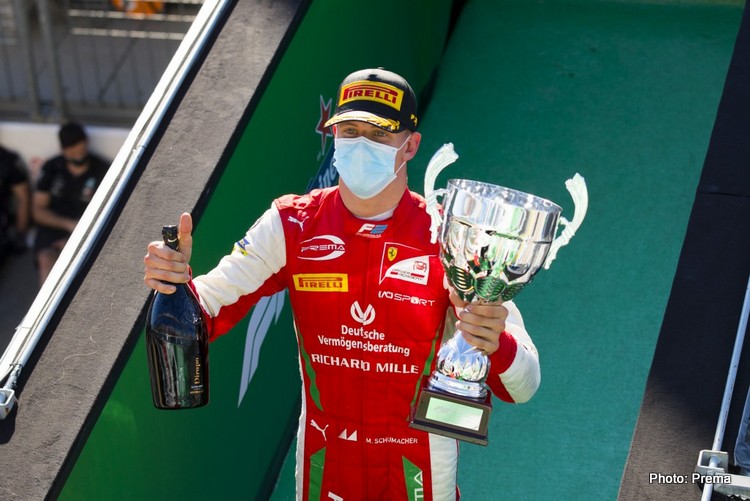 UPDATE: Schumacher’s camp has denied the reports, with the German only set to demonstrate his father Michael’s Ferrari F2004 over the weekend. The original story is as follows.

Mick Schumacher is reportedly set for a drive in FP1 at the Tuscan Grand Prix this weekend, according to German media.

The report, from German broadcaster RTL, suggests Ferrari-junior Schumacher will drive for either Alfa Romeo or Haas in the first session at Mugello.

Schumacher, who previously conducted a test with the Scuderia in Bahrain last year before driving his father Michael’s F2004 in a demonstration run at the 2019 German Grand Prix, has now earned his first taste of a proper Formula 1 race weekend after winning his first race of the 2020 Formula 2 season last Saturday at Monza.

One of three Ferrari juniors in the F2 title fight alongside Callum Ilott and Robert Shwartzman, Schumacher has long been touted for a jump to the top flight, with Scuderia boss Mattia Binotto keeping a keen eye on his progress.

And while it might be expected the eventual victor will be first choice for a promotion, Binotto said over the weekend that it wouldn’t be the deciding factor.

“I think more important for a driver is to see he is developing and I think that he’s showing the capacity of developing himself and to make progress,” he said.