Mercedes: Hamilton not at fault for Monza penalty 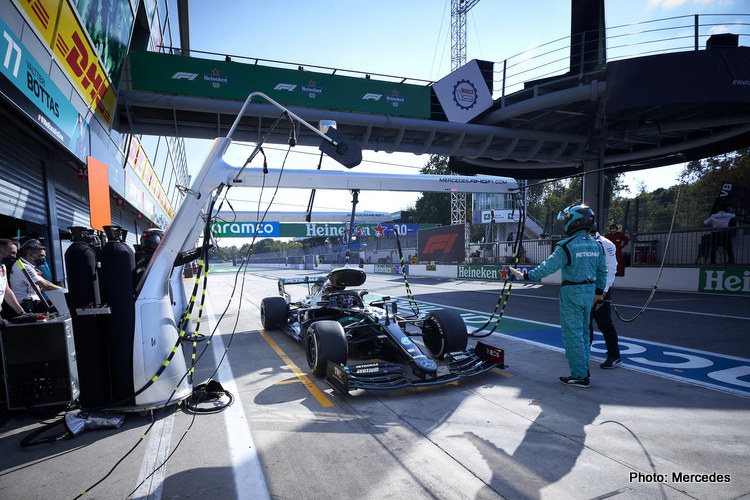 Lewis Hamilton should not have blamed himself for the error that denied him victory at last Sunday’s Italian Grand Prix, Mercedes said on Wednesday.

The six-times Formula 1 world champion entered a closed pitlane at Monza after Kevin Magnussen’s Haas was stranded nearby, a mistake that changed the race.

Hamilton, who had led from pole, finished seventh after a penalty dropped him to last and AlphaTauri’s French driver Pierre Gasly took a shock win instead.

The Briton told reporters he had not seen electronic warning boards but Mercedes said that was to be expected.

Trackside engineering director Andrew Shovlin said Hamilton, who leads team mate Valtteri Bottas by 47 points after eight races, had not been best placed to spot something that should have been picked up by the team.

“The team takes responsibility for it. We’ll put systems in place to make sure we don’t do this again,” said Shovlin.

“He [Hamilton] will always want to improve and to put it right himself and that was probably why he took the blame for this but really we need to put it on our shoulders.”

The strategy director said the key message was not noticed by the team, who had only seconds to react, until it was too late.

“We can hear from other team radio that it took them about 10 seconds to notice it as well,” said Vowles.

“And that 10 seconds was the crucial period where because Lewis was so far in the lead of the race he was just able to come in.”