Ferrari go back to the future with retro-colours for Mugello 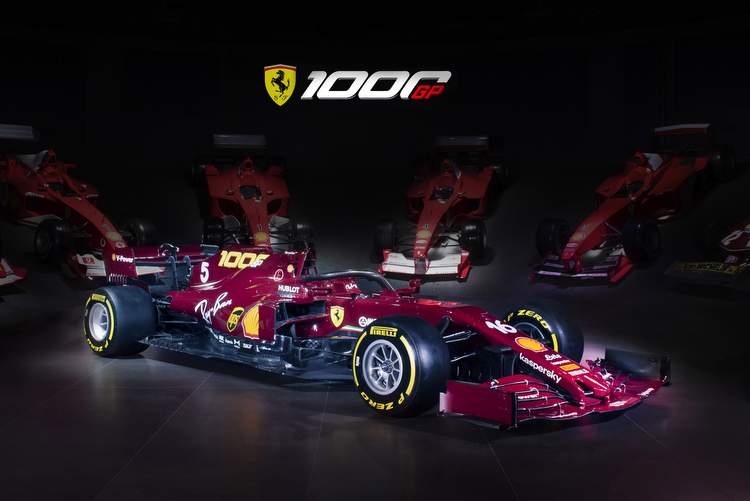 Despite their poor showing in this year Formula 1 World Championship, Ferrari are pulling out all the stops for their 1000th race in the top flight at this weekend’s first-ever Tuscan Grand Prix at Mugello.

Among the tributes, is the Ferrari SF1000 which Charles Leclerc and Sebastian Vettel campaign this year, will be painted in the original blood-red of Ferrari.

This is what the Maranello outfit had to say ahead of their second of three home races this year:

Our most eagerly awaited moment of the year has arrived as Scuderia Ferrari prepares to tackle the 1000th Grand Prix in its history. Not only that, but this milestone takes place at the Mugello Circuit, the facility owned by the Maranello marque, which gets to host a round of the blue riband category of motor racing for the very first time.

Historic. The Maranello marque has planned several initiatives, starting with a celebratory livery. Over the weekend, the SF1000s will feature a Burgundy colour, which is a faithful reproduction of the shade of red of the very first Prancing Horse Formula 1 car, the 125 F1, which took to the track in the Monaco Grand Prix on 21 May 1950.

For the past 71 years Ferrari has been ever present in every year of the championship. Charles Leclerc and Sebastian Vettel will also have special race suits for this unique race and in this time of Covid-19, a limited number of fans – 2880 – will be allowed into the grandstands from Friday onwards, all socially distanced, a sign of confidence and renewal.

The celebrations will spread to nearby Florence with an event in the heart of the city on Saturday evening.

Then on Sunday, before the race start, Mick Schumacher, a Ferrari Driver Academy (FDA) student will take to the track at the wheel of an F2004 that his father Michael drove in his last championship-winning year: a fitting tribute to the Scuderia’s most successful car and its incomparable driver.