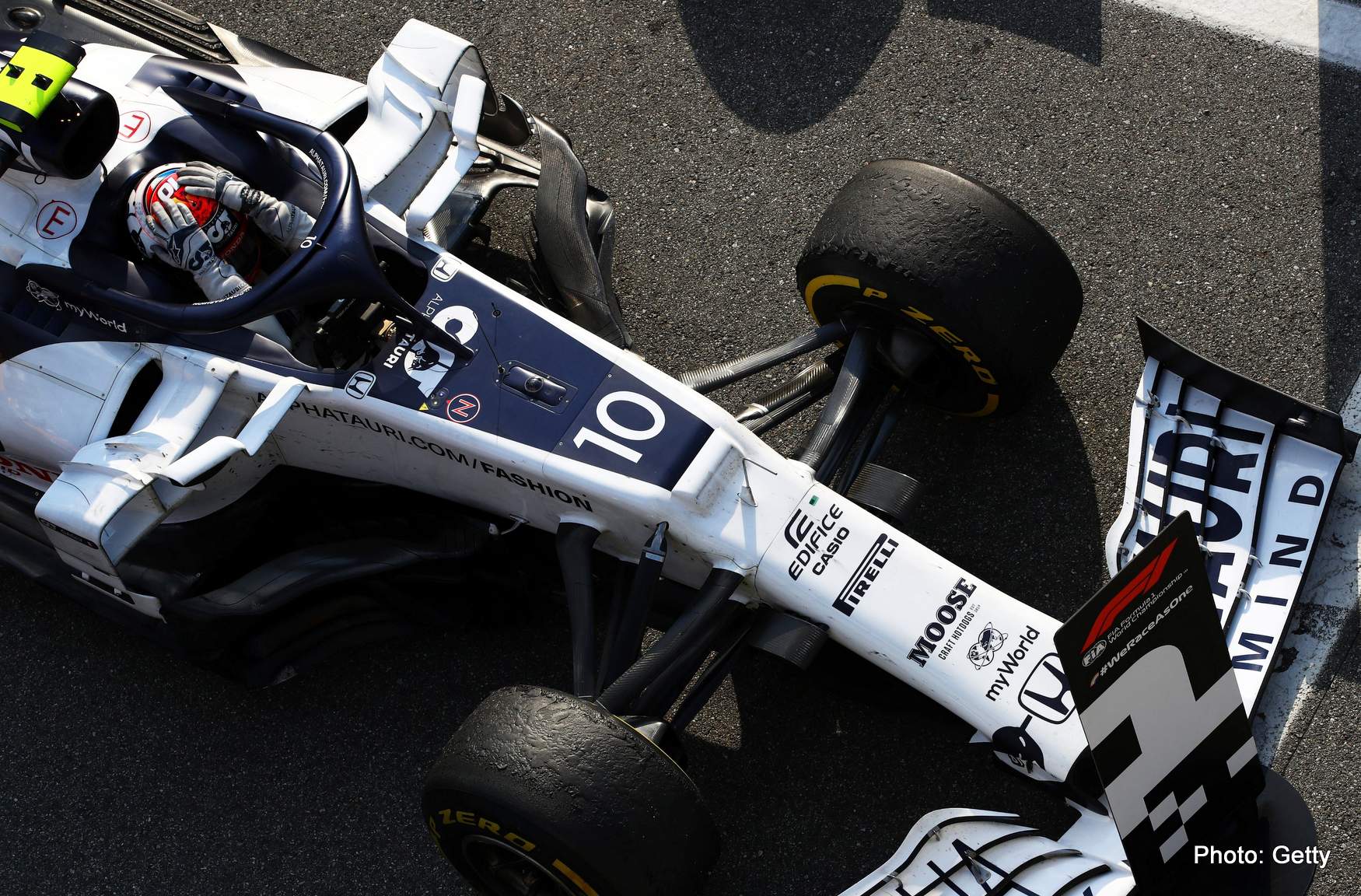 On Sunday at Monza, Formula 1 fans were treated to one of the most exciting and unpredictable races in recent memory. As far as feel-good moments in sport are concerned, they don’t come much better than Pierre Gasly earning his maiden F1 victory after a difficult 18 months.

Carlos Sainz also managed his best ever result in a Grand Prix, coming in second and just four-tenths behind Gasly. Lance Stroll made up the top three, earning his second podium finish in F1 and his first for Racing Point.

It was a tricast so unlikely, that not even the most speculative of punters would have dreamed of placing a wager on it. The Gasly win alone was priced at 150/1, and while the 24-year-old has now proven his winning capabilities, the bookies expect a return to the norm at the Mugello circuit this weekend.

You can get odds of 125/1 on a repeat of the Frenchman’s Monza heroics, while Sainz is a 50/1 shot, slightly shorter than the 66/1 quotes offered on him last week. Stroll is 125/1 to win this week, or a perhaps tempting 10/1 to find himself on the podium again.

Shock results such as Sunday’s simply don’t come around in F1 very often at all, and given the incidents that occurred which led to the crazy result, there is no reason to believe that two upsets will happen back-to-back.

As such, Lewis Hamilton – whose 10-second stop-go penalty for entering the pit lane while it was closed ended his chances last week – is a 1/2 favourite to be back in the winner’s circle for the sixth time this season and close to within one of Michael Schumacher’s all-time record of 91, having already broken the German’s podium record last month.

It was a disappointing Italian Grand Prix from start to finish for Valtteri Bottas, who struggled for pace throughout, and even though he closed the gap on Hamilton in the Drivers’ Championship, there was an opportunity to record a better result than the fifth-place he managed. The Finn is priced at 7/2 for success this weekend.

Max Verstappen, who has either retired or been on the podium in every race this year, is an 11/2 shot for victory. The Dutch driver has never finished higher than fifth in F1 races in Italy, but the Red Bull star will be hoping that Mugello is a happier hunting ground for him than Monza has been.

After what happened last time out, bettors may be attracted by the outsiders this week, and they will find big prices wherever they look. Joining Sainz in the 50/1 range are his teammate Lando Norris (fourth last week) and Racing Point’s Sergio Perez, who snuck into the points with his 10th-place finish at Monza.

It was another weekend to forget for Alexander Albon, and he remains as big as 80/1 to taste success for the first time. Daniel Ricciardo, like Gasly and Stroll, is 125/1.

Before Monza, the podium had comprised of Hamilton, Bottas, and Verstappen in no particular order in three consecutive races. The only other exceptions this season have been at Silverstone when Charles Leclerc finished third, and in Austria where both Leclerc and Norris came in the top three.

Picking anybody outside the big three to occupy the top spots is somewhat of a long shot each week, but there may be some vulnerability there and you could make a case for Sainz at 9/2, Norris at 5/1, Perez at 5/1.

It was a nightmare week for Ferrari last time out, and the Leclerc triumph at the 2019 Italian Grand Prix seems a long time ago now. Sebastian Vettel was the first to retire on Sunday, and Leclerc also failed to finish after a crash which caused the red flag.

Ferrari, priced at 5/1, is the second favourite behind 4/1 shot Haas for the first car retirement at the Tuscan Grand Prix. Vettel is 5/2 with Bet365 not to finish the race, which is remarkably only slightly bigger than his price for a points finish, which is 9/4.