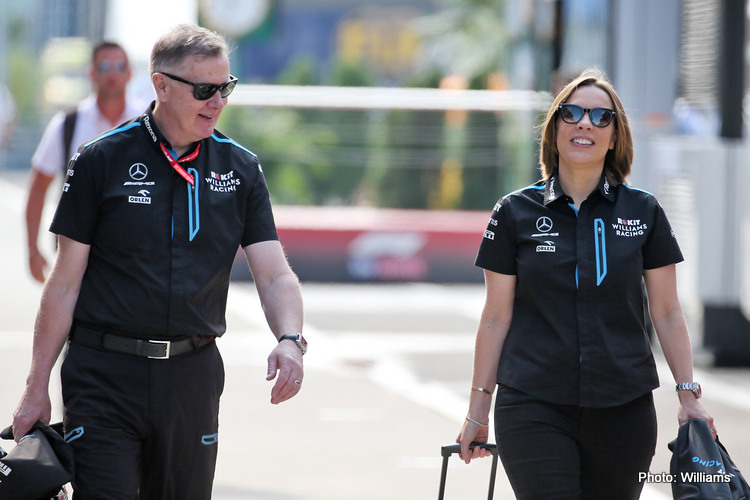 Williams CEO Mike O’Driscoll will follow the eponymous family out the exit door after announcing his intention to retire on Tuesday.

O’Driscoll, 64, has been CEO of Williams Grand Prix Engineering since 2011, and will now make way as part of the takeover by Dorilton Capital, the team said in a statement.

“The recent sale of Williams Grand Prix Engineering to Dorilton Capital marked the successful conclusion of the strategic review announced earlier this year and secures the long-term future of the Williams F1 tea,” the statement read.

“It followed the agreement of the new Formula 1 Concorde Agreement that provides a solid foundation for the future of the sport, especially independent constructors such as Williams.”

O’Driscoll will help support the transition to its new owners before leaving his post at the end of the season.

“It has been and remains a huge privilege to be part of this great team,” he said. “I am proud to have played my part in securing the long-term future of Williams and look forward to working closely with Matthew and his team, to ensure a smooth transition and the best possible trajectory for the team’s future success.”

“Mike has made a huge contribution as CEO, working alongside the Williams family since the IPO in 2011. He has steered the corporate side of the group admirably through challenging times and has been invaluable in preparing Williams for the next exciting phase.”