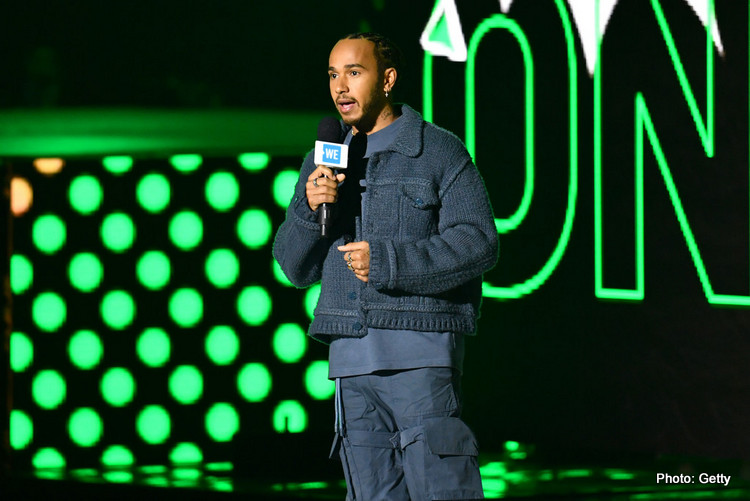 Six-time Formula 1 world champion Lewis Hamilton will move from team driver to team owner with the start of his own Extreme E team, it was revealed on Tuesday.

Hamilton, who been a vocal advocate for environmental causes in recent years, has launched the ‘X44’ team to compete in the all-electric off-road SUV competition, which will start in 2021.

“It’s an exciting new project and it will be fun to have a different role from being the team driver,” Hamilton said in a statement. “What is most appealing though, is that the Extreme E championship will be not only raising awareness of some of the most critical environmental issues facing our planet, but also doing something about it through working with local charitable organisations to leave behind no trace and a long-lasting legacy of change.”

Created by Formula E boss Alejandro Agag, Extreme E will see five races across locations considered either under-threat or already-impacted by climate change, with each team consisting of one male and one female driver.

“Like us, Lewis is hugely passionate about motorsport, but also shares our belief that we can use sport to highlight climate change and equality,” said Agag.

“Lewis is one of the most successful drivers of all time, and we’re all excited to see how his X44 team performs on and off the race track under his incredible guidance.”

The series, which will visit Senegal, Saudi Arabia, Nepal, Greenland and Brazil, will see each driver complete one lap of a 16km course in head-to-head battles, while scientists will travel alongside the teams studying the locations and helping implement strategies to reverse environmental damage.

Additionally, the series will seek to raise awareness of social justice issues, a cause which has been particularly close to Hamilton amid the ongoing ‘Black Lives Matter’ protests.

“I am looking forward to building my team around important values such as sustainability and equality,” he said.

“None of us are perfect and we all have improvements to make, but I am excited to use our platform to highlight the most serious issues facing our planet and the solutions we can all be part of.”