Binotto: A lot of bullsh!t about Ferrari’s engine 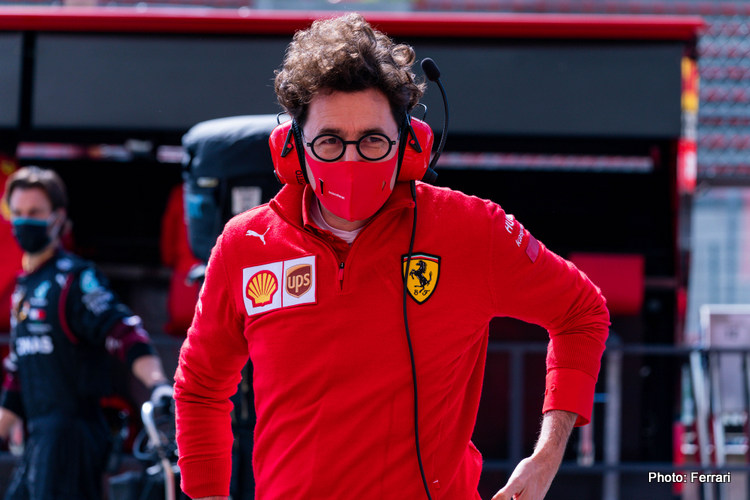 The continued speculation around Ferrari’s 2019 power unit is of no concern to the Scuderia, says team principal Mattia Binotto.

A controversial topic throughout the 2019 Formula 1 season, Ferrari’s alleged breaching of the 100kg/hour fuel-flow limit using sensor trickery has only been thrust further into the spotlight in 2020, as their power unit is clearly lacking power following a series of technical directives and a FIA investigation.

However for Binotto, the subsequent shots he has taken in the media from rival teams are barely an annoyance compared to the more pressing concern of resuscitating a team that has sunk into the midfield.

“Honestly I think that there is a lot of bullshit,” he explained to Channel 4 at the Italian Grand Prix.

“A lot of rumours and we should not care too much because we need to stay focused on what we are doing.

“On the settlement it’s very simple there has never been a breach of regulation and that’s it.

“Our regulations are very complex, since then a lot of technical directives have been issued and the reason why there has been no transparency on the settlement is because it’s about our technical intellectual property.

“So we don’t need to explain to the entire world the way our power unit is working.”

As to the challenge of reversing the team’s flagging fortunes, Binotto suggested all involved were commited to what is ostensibly a long-term project.

“I’m very happy to do what I’m doing, we’ve got a great team, I think we’re united and when you are so united in such a difficult situation it shows how the spirit is strong.

“It will take some time [to recover] because simply we are too behind at the moment, so the gap is big and to close such a gap sometimes you need even more seasons.

“2022 is out best opportunity because it will be a big financial challenge with the budget cap, not only technically.

“But next year still is an important season for us so I’m not saying that we will be challenging for victories but hopefully we can improve the current situation.”