Wolff: A loss for big teams but a victory for the Sport 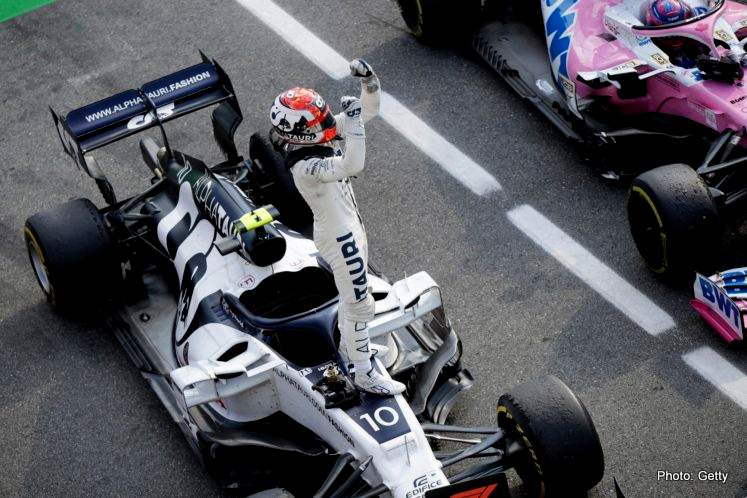 Mercedes team principal Toto Wolff was generous after his team was defeated at the 2020 Italian Grand Prix, praising Pierre Gasly and the AlphaTauri minnows after they turned Formula 1’s form book on its head, and for the good of the sport it was too!

In fact, there was no Merc in the top three as Formula 1’s form book was torn up in an action-packed and drama-filled race on Sunday, as Pierre celebrated his greatest day with McLaren’s Carlos Sainz and Lance Stroll third for Racing Point.

In his team’s race day report, Wolff declared, “This is a loss for Mercedes and the big teams, but it’s a victory for the sport. That was great entertainment today and it was fantastic to see the young guys fighting out front. Congratulations to Pierre and Alpha Tauri, they deserved the win.

“It was obviously a disappointing race for us. With Lewis and the penalty, it was a weird sequence of events. We should have spotted earlier that the pit lane was closed, by the time that we did, the car was entering the pit lane. It’s a tough result to take but we must take it on the chin.

“The recovery drive that Lewis did was very good. It is difficult to overtake in Monza, particularly now with the new Technical Directive on engine modes, so with that in mind, to recover to P7 was very strong.

“On Valtteri’s side, we need to see what happened with the car, as it wasn’t turning well into the right-handers and that was making it hard for him to make progress. We were also marginal on cooling, which made things even tougher for him out there. We’ll take all the learnings we can from this weekend and come back fighting in Mugello,” added the Mercedes team boss.

Before the race, it was hard to bet against Lewis and Valtteri not claiming a one-two at the Pista Magica, but their usual magic eluded them on an afternoon in which their cars were fifth (Bottas) and seventh (Hamilton) after a hectic race.

On the other side of the coin their rivals faired even worse, Ferrari left their home race point-less, while Max Verstappen, normally their tormentor-in-chief stranded with an engine issue scored a DNF and his teammate Alex Albon was nowhere.

In the end, it might have been a defeat for the Black Arrows, but they remain firmly atop the constructors’s championship standings, extending their lead to a massive 123 points ahead of Round 9 at Mugello this weekend.