Vettel: It’s good that we had no fans at Monza 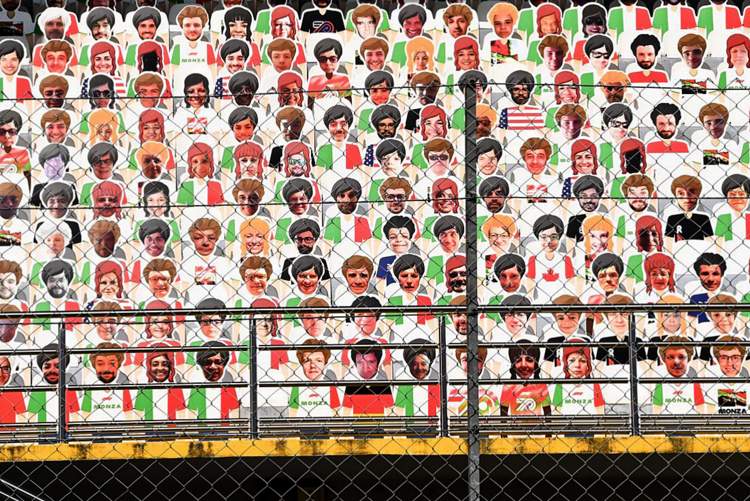 A deserted Monza is what greeted Formula 1 in the age of COVID-19, the Temple of Speed without the Tifosi was inconceivable, the reality is that the dreaded virus spared them the pain of their beloved Ferrari team self-destructing this past weekend.

We all know what happened, in a nutshell: Sebastian Vettel ran out of brakes on lap 6 of the race and the Reds parked the SF1000 beast before it caused more damaged embarrassment, as its sister car did at the hands of Charles Leclerc, driving the pants off the brick in sixth place before he pranged it into the barriers on lap 23 – their day was over.

A bitter double-DNF for Ferrari on home turf, forced to listen to the Italian national anthem played not for them but for the unlikely, but very popular winner, Pierre Gasly in the AlphaTauri, aka Toro Rosso and before that aka Minardi.

Yes, Minardi – that little team from Faenza with a factory the size of Mattia Binotto’s office at Maranello! Thus the delightful “Il Canto degli Italiani” still echoed around the empty venue, but for the wrong team if you are a die-hard Red.

In other words, it was a blessing in disguise that fans were prohibited from watching the debacle of their team’s demise, probably preventing a riot in the process too.

Seb said as much in his post-race TV interview, “Sometimes you don’t get to choose and you have to deal with what you have and at the moment it is what it is. We have to keep our heads up even if it is difficult.

“This year is very different. I think in that regard, it’s good that we had no fans,” he added on a day that will be remembered as the worst in the Scuderia’s illustrious history, certainly at Monza.

The four-times F1 World Champion continued, “It is very difficult for us at the moment for sure, for the whole team. We are in that position and we need to try and do the best we can to have a worthy ending of the season. We still have lots of races ahead of us, a lot of stuff to pick up and understand.

“There is plenty of work and we have to be focused on that. Obviously, if I could choose, I do not want to be here, I want to be in the car on the track and not at the back of the field but at the front” added Vettel, who is 13th in the drivers standings, ahead of Round 9 at Mugello, the Scuderia’s 1000th Grand Prix.