Turrini: The Ferrari problem is that there is no solution 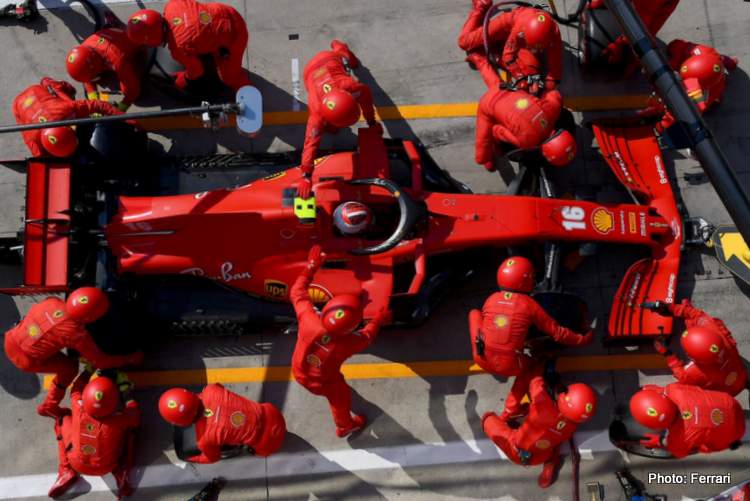 Renowned Ferrari watcher, and as close as it gets to being a Maranello insider, Leo Turrini grieved at the state of his beloved team after a double DNF at the 2020 Italian Grand Prix, thankfully for the Tifosi, at an empty Monza.

The travails and misfortunes of the Red cars on Sunday at their home race are well documented, the fall-out in Italy tremendous as their national team spirals towards the back of the grid with no end in sight claims Turrini.

He wrote in latest his latest Il Quotidiano blog post, “The Italian National Anthem plays at Monza but not for Ferrari. It has a certain effect, doesn’t it?

“Nothing will be taken away from the extraordinary feat of the Faenza team: the very good Gasly equalled the Vettel of 2008. Then the very young German won at Monza with the former Minardi called, at the time, Toro Rosso.

“Now it has become Alpha Tauri, the engine is Japanese but at least the heart is always from Romagna. I often say that without Mercedes this Formula 1 would be spectacular, beautiful, exciting. I was not exaggerating: when an act of presumption came to ruin the Hamilton show, the emotion took hold at a mythical racetrack.

Only that someone wasn’t there. Ferrari did not arrive. With the aggravating circumstance of a double-DNF that raises perplexity on the reliability of the car. Vettel without brakes. Leclerc crashed into the Parabolica thanks to the lack of grip. Episodes that deserve careful analysis, today in Maranello.

“The problem is that there is no solution. The depression is total. For those who work for the most famous Italian brand in the world, the situation is painfully unprecedented

“I’ll be clear, for the umpteenth time. I don’t like revolutions. Ferrari has also undergone too many and has paradoxically strengthened the opposition. But there is a middle ground, between purges and inaction.

“A Ferrari driver, today, 2020, is in trouble and would like to be sure that his top management, from John Elkann down, share the sporting mourning. Show you care, thanks. Or is that too much to ask?

“Meanwhile, again congratulations to the Italian soul of the former Minardi.”