The end of an era as Claire Williams exits Formula 1 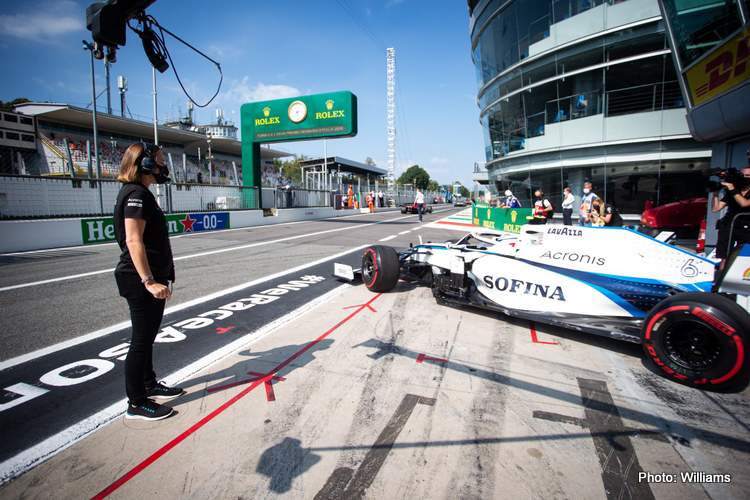 The end of an era has come to Formula One. The Williams family intends to finalize a decision to depart Formula 1. Claire Williams served as the Deputy Team Principal for the Williams racing team, the 2020 Italian Grand Prix at Monza (above) her last appearance as team boss.

The Williams’ racing team boasts of a legendary legacy in Formula One. However, things can and do change. Claire Williams feels it is best to step down from her role with the Williams team. Her father, Frank, also joins her in leaving the team.

Factors Contributing to the Departure

Sir Frank Williams founded the team in 1977. Over the years, the team scored many impressive victories and championships at the highest level. Unfortunately, the past few years saw some difficulties, which led to the Williams family selling the team to Dorilton Capital.

Now, Frank Williams and Claire Williams intend to depart. The reasons for stepping away from the team are somewhat murky.

Public statements note the new owners can now take steps to run the team the way they see fit. The Williams family sold the team to Dorilton Capital only one month ago. So, the two parties did not work together for very long.

Interestingly, Dorilton Capital did not want to sever ties with the Williams family. The company asked Claire Williams to remain a part of the team. Claire Williams declined the offer. Involvement in the racing industry is not unlike someone choosing to play roulette. You don’t always know how things will turn out. Williams’ decision to depart likely surprised some.

Then again, there are tremendous differences between being part of ownership and working for someone else. Perhaps the Williams family felt Dorilton Capital is better off running things.

Interestingly, Dorilton Capital wanted Claire Williams to remain in her managerial position. Such news would indicate there weren’t any problems between the two parties. Regardless, Claire Williams has left the Williams team.

Choosing to leave after the Italian Grand Prix provided the family with one last tenure in the spotlight. The Monza race stands as an important and prestigious Formula 1 racing event.

Claire Williams’ departure won’t be an abrupt one. She will remain in her management position for the next several weeks. Doing so would help support a smooth transition from the Williams’ family to the new ownership.

Allowing for a smooth transition helps ensure things continue to run smoothly for the team’s drivers. Disrupting the driver’s preparation won’t help performance on the track.

Monza, it’s been emotional. Now it’s time to start writing the next chapter in our story 💙