Brawn: Reverse grid is something we want to work through 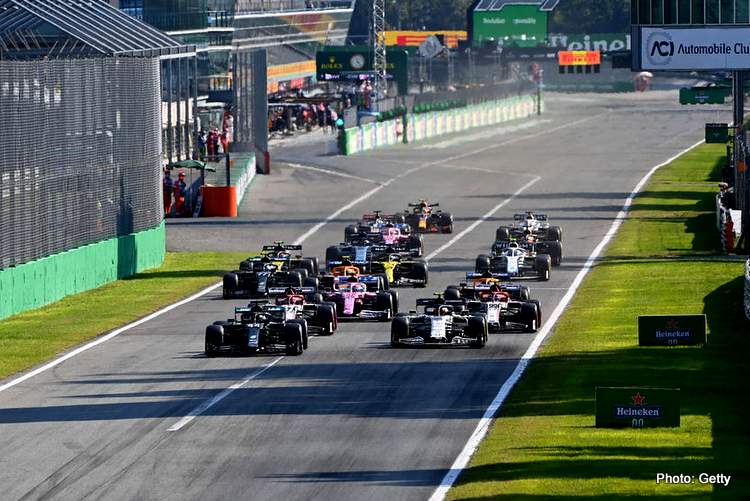 Formula 1 is set to push for reverse grid sprint races in place of qualifying at some circuits next year after Sunday’s thrilling Italian Grand Prix highlighted the excitement potential.

The race at Monza was halted halfway through when Ferrari’s Charles Leclerc crashed. It re-started with a mixed-up grid in what amounted to a sprint to the finish.

The result was a surprise first time winner in AlphaTauri’s Pierre Gasly, with McLaren’s Carlos Sainz and Racing Point’s Lance Stroll completing a podium with none of the usual top three teams.

“Monza was a candidate for a reverse grid sprint race when we were considering testing the format this year,” he wrote on the formula1.com website https://www.formula1.com/en/latest/article.the-ross-brawn-column-brilliant-italian-gp-showed-why-reverse-grid-races-are.5E4K90225sNQ1TNYkofgsK.html.

“Unfortunately, we could not move forward with it, but the concept is still something we and the (governing) FIA want to work through in the coming months and discuss with the teams for next year.

“With next year´s cars remaining the same as this year, our fans could be treated to a similar drama we saw this weekend at Monza.”

The idea required unanimous approval but was blocked by Mercedes for 2020. That no longer applies for 2021, with a new commercial ‘Concorde Agreement’ in place from next year and changes possible with a ‘super majority’.

That means the plan could proceed even if two teams are opposed.

Brawn said teams would naturally set up their cars differently if they knew they were going into a formal reverse grid sprint race.

“Right now, Mercedes set their cars up to achieve the fastest lap and then to control the race from the front. If they know they have to overtake, they will have to change that approach,” he added.