Mercedes: No party, no problem! 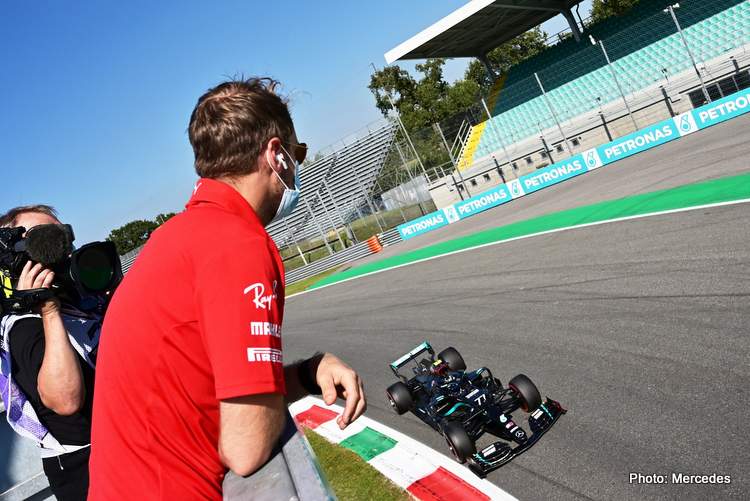 Formula 1 had declared the party over, at least for engine modes, but Mercedes and six-times world champion Lewis Hamilton danced on regardless at Monza on Saturday as they annexed the front row of the grid and look set to dominate Sunday’s Italian Grand Prix.

“No party. No problem,” they declared on their Twitter feed after the Briton stormed to pole position for the race at the Temple of Speed with the fastest lap ever.

After some delays, a technical directive issued by the governing FIA had made it the first race where teams had to use the same modes in qualifying and the race.

If rivals Red Bull had hoped Mercedes — chasing a seventh successive title double this season — would be reined in, after taking every pole this year, they were destined for disappointment.

“The car felt good. The engine felt good… it should be even better in the race. So, I’m not sure how happy Red Bull is now with this engine change,” said Hamilton’s teammate Valtteri Bottas.

Mercedes boss Toto Wolff said his team just adapted to whatever was thrown at them, “Once it was clear that the lobby against our quali mode had grown… we shifted our development work towards that situation.

“Today we have seen for the first time how the level of performance has changed between the teams and there are some interesting outcomes. Maybe the ones that pushed the hardest didn’t show great performance today.”

Renault’s Daniel Ricciardo said he liked Mercedes’ feisty response to the directive, “I never expected it to change the pecking order. I don’t know where the change was driven from, if a team drove it… or if they (the FIA) just did it thinking something would change, sending a bit of a ‘Hail Mary’.

“I guess Mercedes are in a position to be a little bit arrogant with some of those comments… I like that they are kind of dishing it back. It’s fun,” reasoned Daniel.

No party. No problem. 🔥🚀 pic.twitter.com/LhOIiE7ScF