Leclerc: I tried to push but then I made a mistake 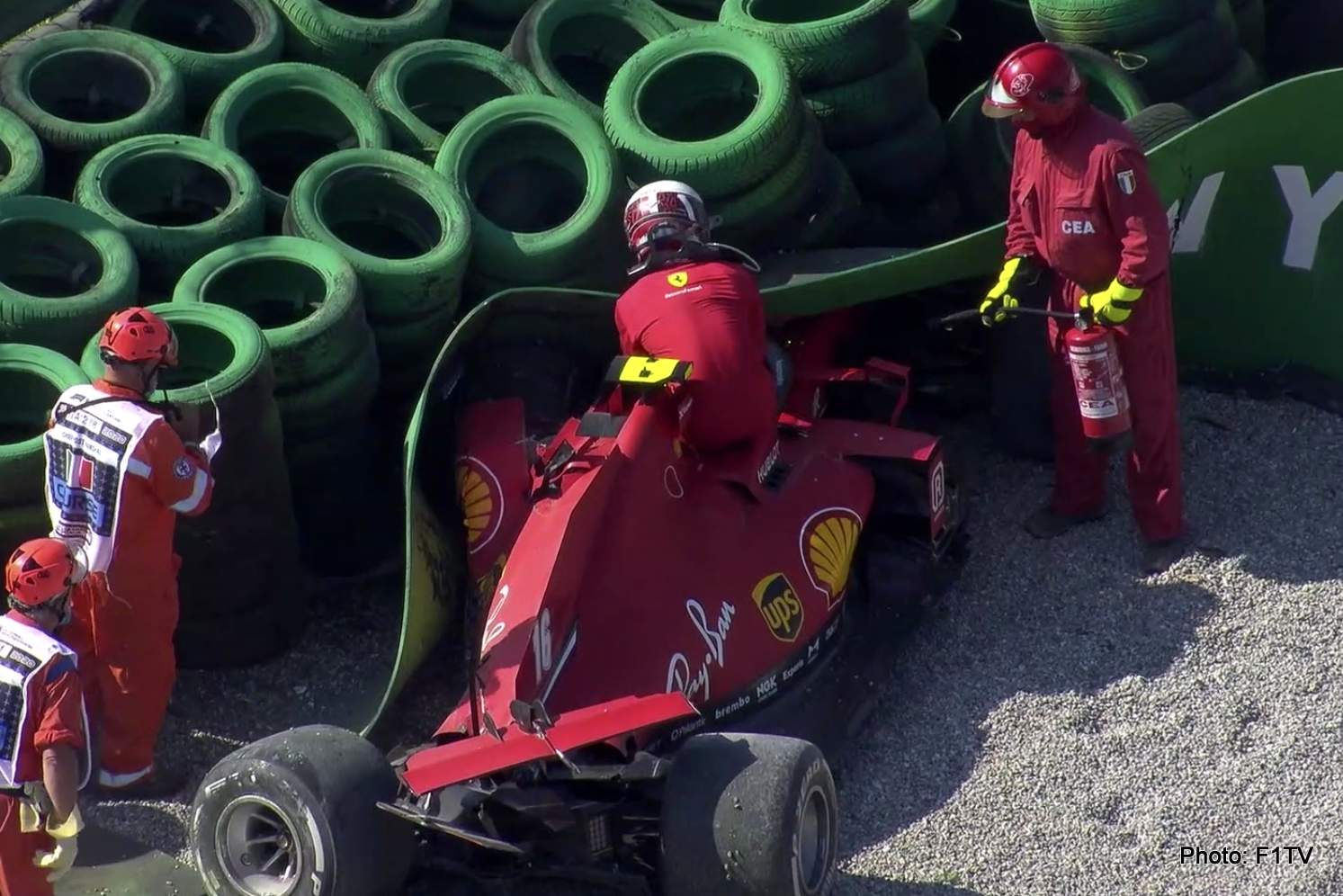 Last year he won the Italian Grand Prix, this year Charles Leclerc crashed out of the race at Monza while trying too hard in his cumbersome Ferrari, battling at the wrong end of the field until the incident ended his race on the spot.

With teammate Sebastian Vettel out with brake failure on lap six, it was a far more miserable homecoming for the Reds than anyone could have imagined. Their plight magnified by not only the crisis of performance they are in but also questions may well be asked about the safety of the SF1000 as their drivers overdrive to merely stay in the race. let alone dream of scoring points.

The #16 Ferrari benefitted from the first safety car period, suddenly it was in sixth which fired up its driver. But exiting the never-ending Parabolica the Monaco Kid stomped on the loud pedal a tad too early and the next thing he was in the wall. It was a big impact.

Leclerc, as is his custom, was quick to take the blame for losing the rear-end of a slow and stubborn race car, “It was a very difficult race and I struggled quite a lot with the balance. I thought at first we were unlucky when the safety car came out, but due to the fact the pit-lane remained closed, we were actually pretty lucky.

“We were in a very good place at that point, but I was struggling a lot on the hard tyres. I tried to push but then I made a mistake, lost the rear and crashed at Parabolica. The crash was quite a big one but I am ok. A bit of pain here and there, which is quite normal.”

Spa-Francorchamps and Monza, the first two races of this triple header, were always going to be a hardship for Ferrari and their customers, as the ball and chain now attached to the PU is proving to be an embarrassment.

The final leg of this triple-header is at Mugello in a week’s time, unknown territory for all in terms of a Grand Prix weekend, but what is sure is Ferrari will not be winning their 1000th race, scoring a point will be like a victory while keeping their cars on the black stuff might prove to be a challenge too.

Charles is under no illusions as tents are packed for the next chapter of this year’s championship, “We have had two difficult weekends for the team, but it’s like this at the moment and I hope we can bounce back, so I am looking forward to Mugello.”

With no points bagged this weekend, the Ferrari driver has dropped from fifth in the standings to seventh on 45 points, 119 points down on championship leader Lewis Hamilton.