Bottas: I had a puncture but then I found out I didn’t 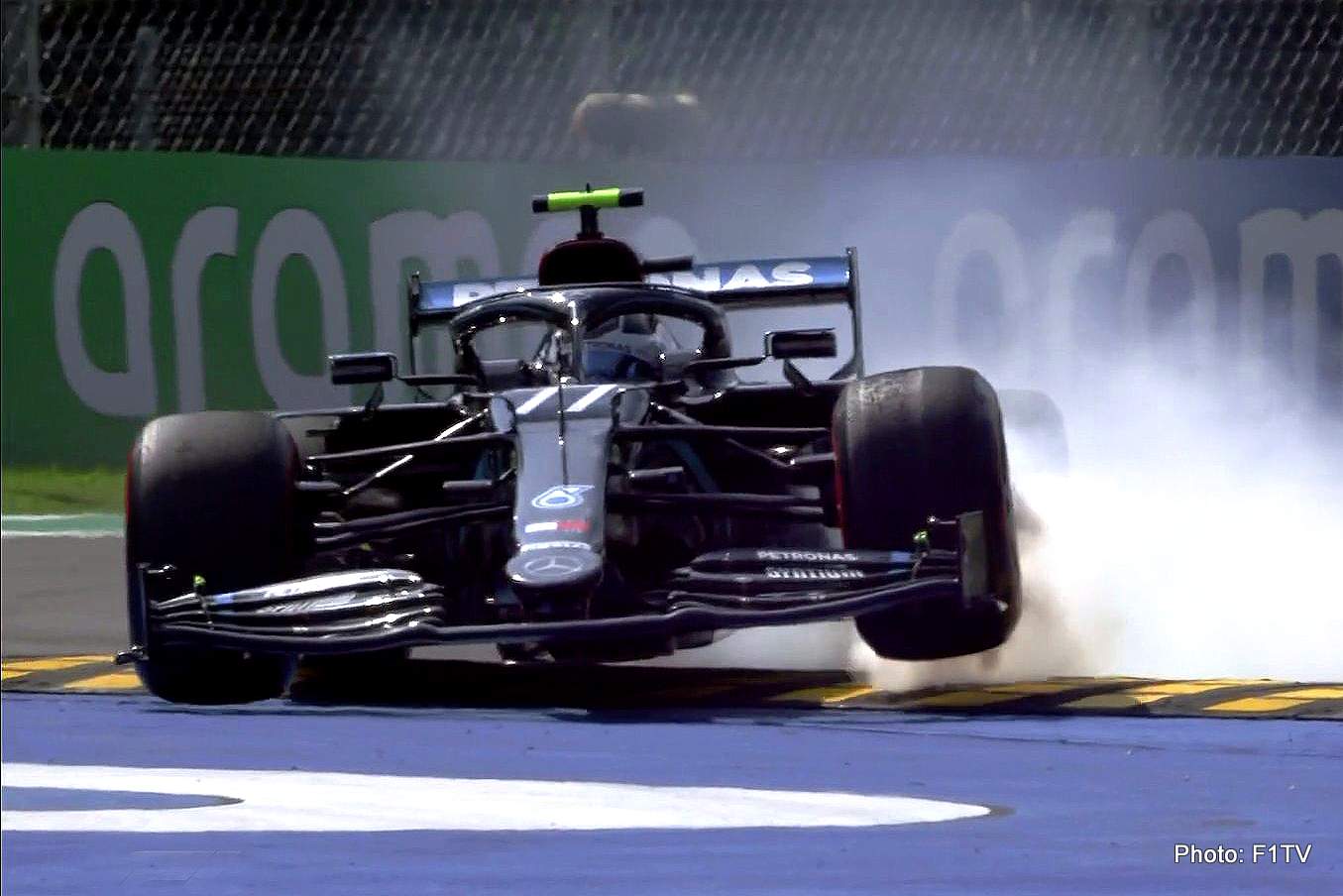 Although Valtteri Bottas departed Monza with a bigger points haul than title rival and Mercedes teammate Lewis Hamilton, truth is the Finn has only himself to blame for not winning the Italian Grand Prix had he not duffed it before the race even started.

The rot started on his way to the grid when he went kerb hopping (pictured above) which, in the long run, may well have contributed to his apparent lack of firepower in the race, where he struggled for top speed. Once again, what might have been a lot better, ended up being a rather disappointing fifth place.

Speaking to TV reporters, Bottas did not refer to his pre-race antics when he summed up his afternoon, “That was a difficult day out there. The start was pretty poor and on the first lap, I had a bit of contact and thought I had a puncture but it turned out I didn’t. I had massive understeer and the car was pulling to one side.

“The car was better towards the end with the cooler temperature. But it was crazy racing, I don’t know how some of the cars got in front of us. It recovered but then I was suffering some overheating issues with the engine running in traffic, so there wasn’t much I could do.

“Every time I got close to another car, I had to back off due to the overheating or look for clean air on the straights, which meant I couldn’t get the tow. It felt a bit better after the red flag and towards the end of the race, but there’s lots of things for us to review and understand.

“We’ll debrief and then move onto Mugello. We should have a good car there but it’s going to be tough to overtake, so Qualifying will be crucial,” added Bottas who regained second place in the drivers’ standings with his fifth place, 47 adrift of leader and teammate Lewis Hamilton.

Formula 1 now heads to Mugello for the Tuscan Grand Prix, Round 9 of the 2020 world championship and the final race of this triple-header which began at Spa Francorchamps a week ago.