Verstappen: Mercedes are on another level 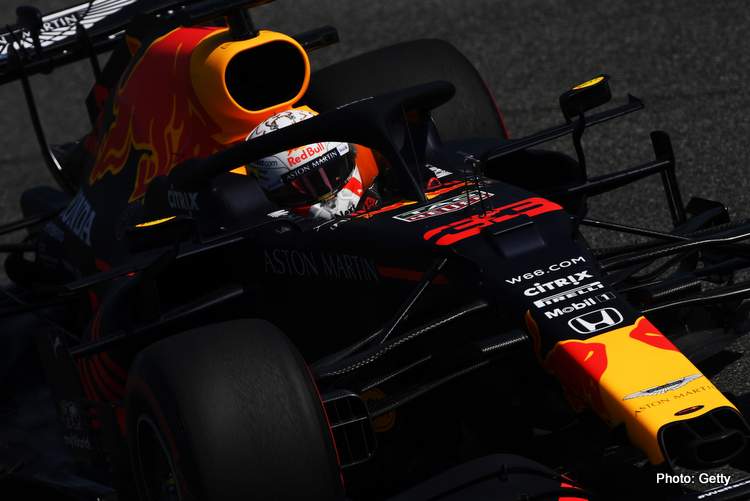 If indeed Red Bull were head lobbyists for the ban on ‘party-modes’ in qualifying, someone will be eating humble pie in the bull-pen as the gap to Mercedes remains huge in Formula 1 terms, as showcased during Sunday’s 2020 Italian Grand Prix qualifying.

Even without the big-bang party-mode, the Black cars remained untouchable with a gap of nearly a second between Max Verstappen and pole winner Lewis Hamilton. Make that 0.908 of a second to be precise.

After watching grim-faced as the Monza qualifying story unfolded, Horner later summed up his thoughts, “Mercedes are a long way ahead but a tenth or two thereafter makes a huge difference.

“We didn’t have the cleanest of runs, especially with Alex losing a few lap times. The car has not been particularly happy here and fifth for Max is a bit frustrating as it was so close to third but we didn’t expect to be fighting for pole.

“Meanwhile, Alex is only a couple of tenths behind Max but with such a tight pack that puts him in P9 so he’ll have work to do in tomorrow’s race. We have a bit to look at tonight but we know both of our drivers are good racers and they will be on the attack tomorrow which should make Turn 1 interesting.

“A track like this hasn’t been our strongest venue and so we’ll work on understanding and improving the areas we’re lacking in so that we can get the most possible out of tomorrow’s race,” added Horner with no mention of the party-mode switch off.

Max who will start the race fifth admitted, “We seem to struggle to find the perfect balance with low downforce on the car. It becomes more difficult to hold on through the corners and we lack grip, which resulted in P5 today.

“You can say that we are slightly down on power but that is no excuse as there are other things we need to fine-tune on a track like this and clearly we are also lacking a bit of pace through the corners.

“I tried everything I could, we tried all the wing levels that are possible to run at Monza but the end lap time was the same. In the race normally we are a bit more competitive and I think a podium is still possible tomorrow.

“It won’t be easy to overtake and we are all very close from P3 to P10 but I expect we can still fight for P3 and we won’t talk about Mercedes, they’re on another level.

“Monza is a very special type of track and when we go back to a more normal layout, I expect to see us back in P3 again,” predicted the Dutchman who has never stood on a Monza F1 podium.