Ricciardo: We have a strong race car 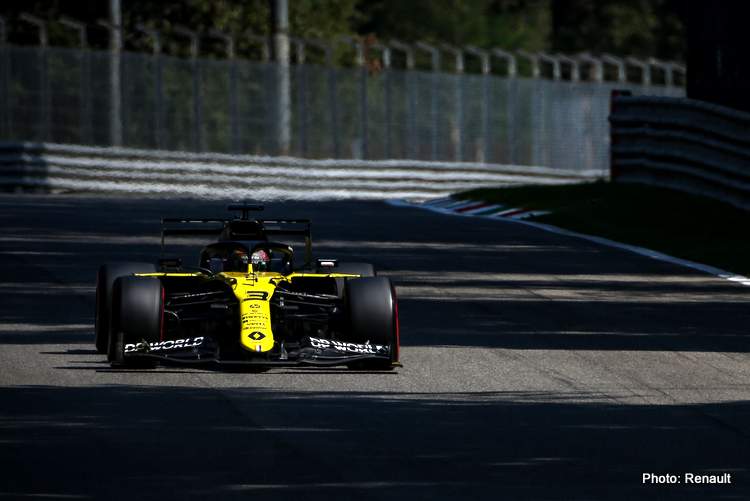 After finishing fourth and only three-tenths off the top time in FP3, Daniel Ricciardo and Renault were confident heading into qualifying for the 2020 Italian Grand Prix.

But when the chips were down Renault came short to the party-modeless party, while their customer team found the grunt to get Carlos Sainz into third place and best of the rest. That was the benchmark, the French team fell short.

Nevertheless, Ricciardo was two-tenths faster than his teammate Esteban Ocon, which made the difference between making it into Q3 or not. The latter didn’t and was 12th at the end of the afternoon at Monza.

Reflecting in his qualy-report, Daniel summed up, “I’m feeling okay with seventh place as it was quite a good recovery through the session. We were a little behind in qualifying and we didn’t really show the speed of yesterday or even this morning.

“It was good to reach Q3 and to get seventh means we’re in amongst it on the grid and in a position where we can fight for positions. Our car in the race is strong, so I’m confident we can pick it up a bit and have a good one,” added the Renault driver.

It was an extremely close session under the Italian sunshine with Daniel’s seventh place just 0.170 of a second from third, while Esteban was the same margin on the wrong side of a top ten shootout slot.