Raikkonen: He’s blocking me all the time, this idiot 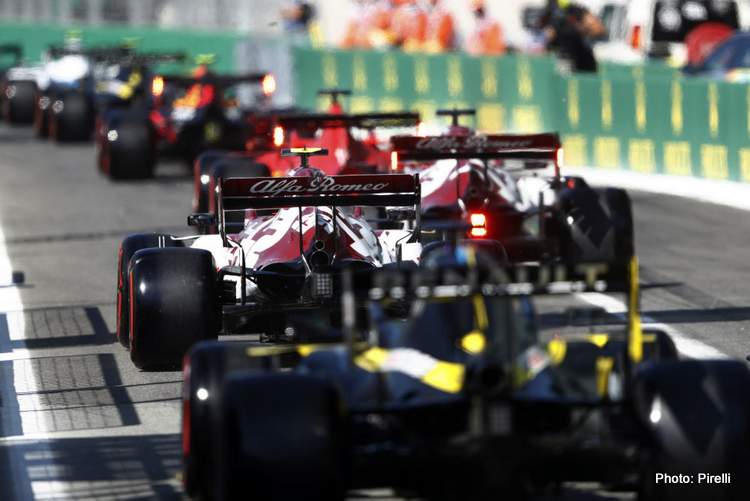 Kimi Raikkonen vented is fury at Esteban Ocon during qualifying for the 2020 Italian Grand Prix, the Alfa Romeo driver’s lap compromised as a result.

Traffic was always going to be an issue as cars jostled for position during a frenetic qualifying session at Monza as the Alfa’s nose nearly rear-ended Ocon’s Renault going through the Lesmos.

Prompting the veteran to declare over his team’s radio: “He’s blocking me all the time, this idiot!”

Raikkonen clearly felt he had more than the 1:20.926 he delivered in Q2, Ocon was seven-tenths faster in 12th.

Afterwards, Kimi’s post-quay report was more sedate, “We can be happy with this result, even though I feel we could have been at least one place higher. On my first runs in Q1, the car balance felt really good, but in my last run with new tyres I had some understeer.

“In any case, we take this result and we fight from here: hopefully it’s going to be a bit easier starting this high.

“We knew Q1 was going to be messy and that being in the right place at the right time would be important: it’s not the first time it happened here and it definitely won’t be the last. It felt more like a race start than qualifying, but that’s how it goes.

“It’ll be interesting to see what the race holds for us: we struggled a bit on long runs yesterday, but the car made a step forward since so hopefully we can be stronger tomorrow. We will do our best and see where we end up,” added Kimi whose 2018 pole-winning record, with Ferrari, was beaten by Lewis Hamilton today.