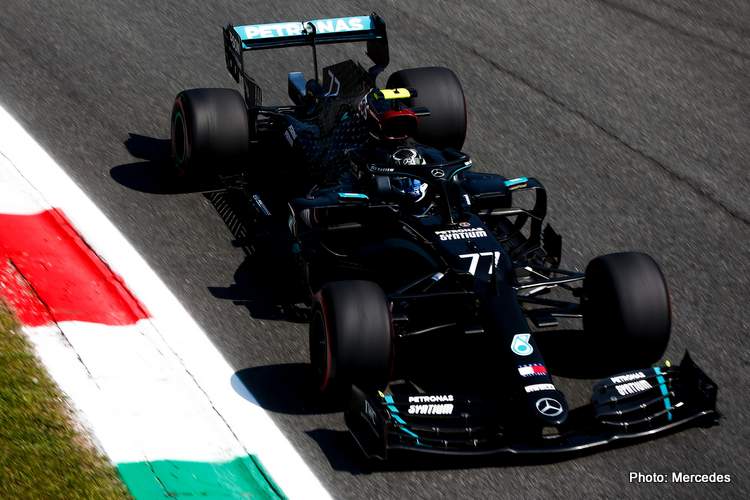 Valtteri Bottas topped the timing screens at the end of the final free practice session of the Italian Grand Prix weekend, but the shout-out must go to McLaren and the Renault powered brigade who were all at the sharp end of proceedings.

While it would foolish to read to deeply into these practice results, however there are indications that Renault have found some horses in their package and may well be second in the power-stakes pecking order.

Sainz’s best effort was a couple of tenths shy of the top time, with Norri and Ricciardo a tenth or so further back. Although the Australian stopped on track late in the one-hour midday session, the problem was apparently not engine or gearbox related.

With no party-mode for the first time this Saturday, the qualifying dress rehearsal and new-found pace has the Renault camp fired up for qualy.

Lewis Hamilton was down in fifth suggesting that hot-lap hunting was not on his agenda, if it was the Ricciardo stoppage might have scuppered such an effort by the F1 World Champion.

Next up were the Red Bulls of Max Verstappen and Alex Albon, the Dutchman’s sixth-best time, three-tenths off the benchmark, was a tenth or so up on his teammate; the Thai driver closer to the #33 driver at MOnza than he has been anywhere else this season.

While the aforementioned Renault-powered trio found themselves at the sharp end of the timing-screens, Esteban Ocon could not find the four-tenths of a second that got them there. The Frenchman was eight.

Lance Stroll was a tad quicker than Sergio Perez in the other Racing Point, the pair ending ninth and tenth on a weekend where much is expected of their copycat car.

Not a single Ferrari-powered car in the top ten when the chequered waved. Charles Leclerc, in 11th, was fastest of the six, the Scuderia driver eight-tenths of a second down on top-spot. Teammate Sebastian Vettel was a further three-tenths slower, good for 15th.

While the Reds struggle with their newfound lack of form, they are taking their customer teams down with them too, with both Haas cars and the two Alfa Romeos ensconced in the bottom seven among the hapless Williams lads; Alfa’s Antonio Giovinazzi was slowest of all by two seconds. 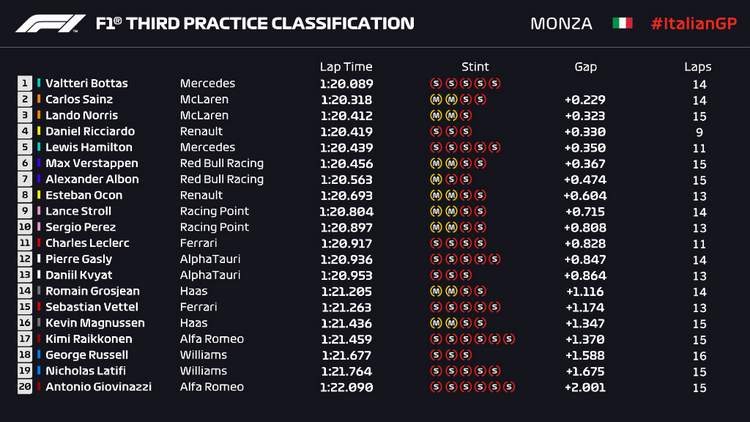