Hamilton: Party-Mode something someone else made up 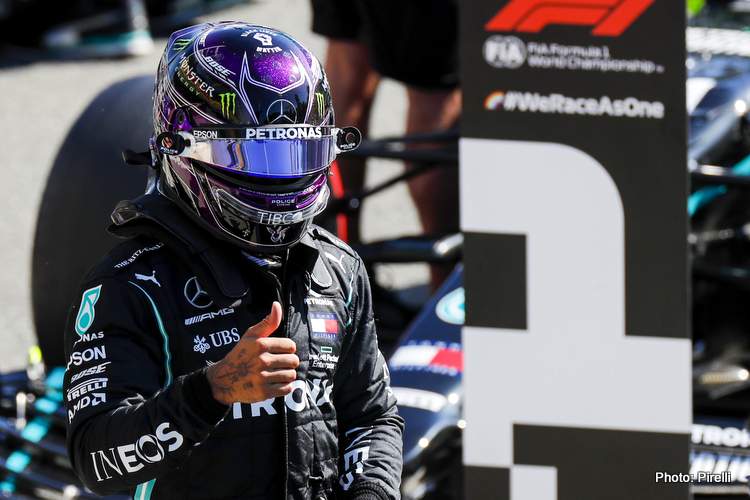 In the wake of claiming his 94th pole position in Formula 1, Lewis Hamilton played down the importance of the now-banned ‘party-mode’ that the big teams unleashed in qualifying, even suggesting they do not exist.

After powering around Monza in qualifying faster than anyone ever has in an F1 car to nab the top spot start for Sunday’s Italian Grand Prix, despite the ban on the go-faster gizmos that were typically pulled out of the toy-box in Q3. But this time out there was none of that and it did not matter an iota. The Mercs were in another league all afternoon.

Asked about the absence of ‘party-mode’ during the post-qualy press conference, Hamilton said, “I don’t think we ever had a party mode. That was something someone else made up.”

Whether said in jest or not is irrelevant, the facts are that the Mercs found half a second between today (no party-mode) and last year (full party-mode deployed) which was around average what non-Ferrari power cars enjoyed in the past 12-months.

Asked about the near one-second deficit to their closest challengers, Hamilton replied, “I don’t come into the weekends with the expectation of how much of a gap we are going to have. But of course… I don’t really understand it.

“We did say last week when they brought in this rule to slow us down that it wasn’t going to make a difference but we have a great, great car and we are better in other areas. Just an incredible performance this weekend. I think this is definitely the best we’ve ever been here.

“We’ve really got the car in a sweet spot this weekend. So, just a huge thank you to all the guys back at the factory for the simulations and working on getting parts to these races and continuously stepping forwards.

“It’s such a hard thing to do and I think people take it for granted because we do it weekend in, weekend out,” added Hamilton who will be hunting his 90th Grand Prix win tomorrow.