Hamilton: It’s going to be a last corner qualifying nightmare 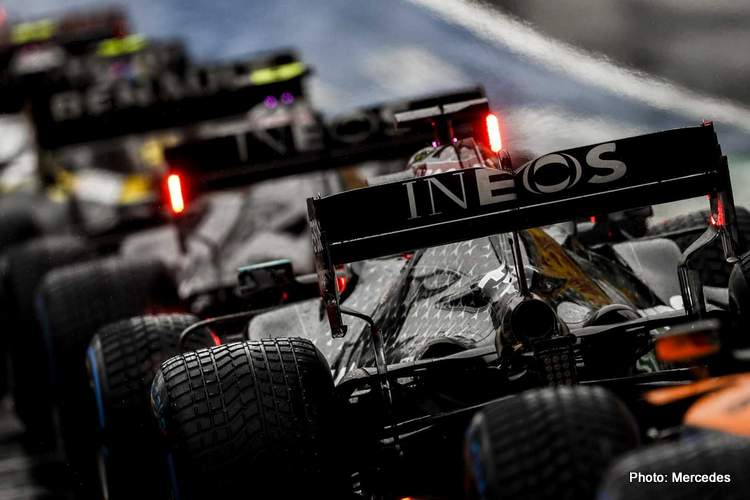 Formula 1 world championship leader Lewis Hamilton lapped fastest in Italian Grand Prix practice on Friday but predicted “a nightmare” in qualifying, with drivers likely to be jostling for a slipstream advantage.

Last year’s qualifying shootout at Monza turned into a farce with the top 10 apparently doing all they could to avoid taking the lead at the fastest track on the calendar.

All were so determined to secure an aerodynamic tow from the car in front, and give nothing away, that nine drivers ran out of time to put in a second flying lap and Ferrari’s Charles Leclerc took pole.

Hamilton, who has won five of the seven races so far with Mercedes starting all on pole, told reporters he expected a similar scenario on Saturday.

“It was difficult in the past. We didn’t even get to do the last lap last year, so I think it’s going to be interesting,” said the six-times F1 champion.

“I heard they might put in place a minimum time that we have to do an out-lap so maybe that will help, but still I think it’s going to be a nightmare in the last corner with everyone trying to get a gap. It’s definitely going to be hard work.”

Haas driver Romain Grosjean agreed that everyone would be looking for a tow and suggested Formula One should revert to single-lap qualifying, with each driver out on his own, for Monza.

“If it was down to me it would be one lap per driver, each one after the other. Then there wouldn´t be any issues with slow cars or slow laps or whatever. It will be complicated and up to us to do the best job we can,” said the Frenchman.