Domenicali: After two races I realised Hamilton was an ace 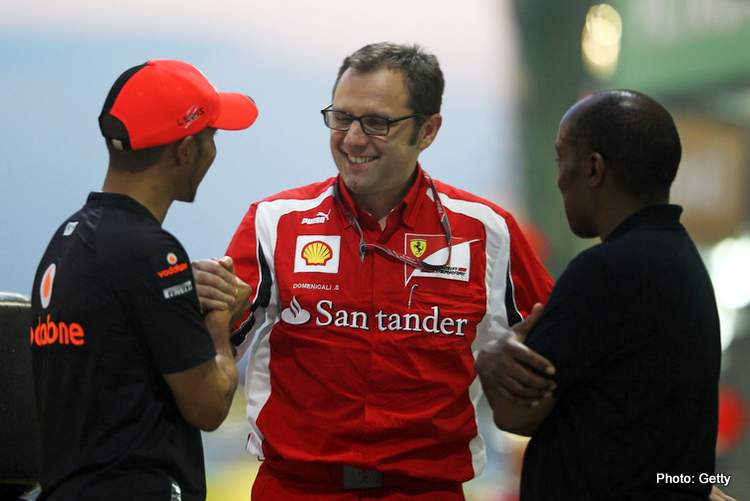 In the not too distant future, Lewis Hamilton is going to match and even break one or more of Formula 1’s ‘unbreakable’  records held by Michael Schumacher – a feat former Ferrari team principal Stefano Domenicali says is strange but also not unexpected.

Mercedes’s six-time F1 World Champion, Hamilton is hunting his 90th Grand Prix win tomorrow at Monza, which would put him one away from matching legend Michael Schumacher’s incredible 91 victories in the top flight; many of those witnessed by Domenicali during his two decades with the Scuderia.

Interviewed by Resto del Carlino, Domenicali said of these records that are set to be broken, “It’s strange because Schumi’s numbers seemed unattainable forever but instead we have it that Lewis will soon beat them.

“In 2007, I witnessed Lewis arrive in Formula 1 – he was an absolute beginner. At McLaren, he had as a teammate a formidable guy like Alonso. After two races I immediately realized that he was an ace. And now these facts confirm everything I believed,” added the former Ferrari boss.

Over the years talk of Lewis moving to Maranello has popped up, but normally during the times of contract negotiations. Recently, there were reports of talks between Lewis and Ferrari big bosses but it all came to nought. Although Lewis has yet to extend with Mercedes, it’s just a matter of time before they ink a deal.

As for Hamilton in Red, Domenicali revealed, “There were never the right conditions to bring him to Ferrari. We talked in general but our roads never crossed. Certainly, looking back, it is a source of pride for me to have been next to Kimi Raikkonen in 2007 when we beat Hamilton by one point.”