Vettel’s last Monza in Red off to a miserable start 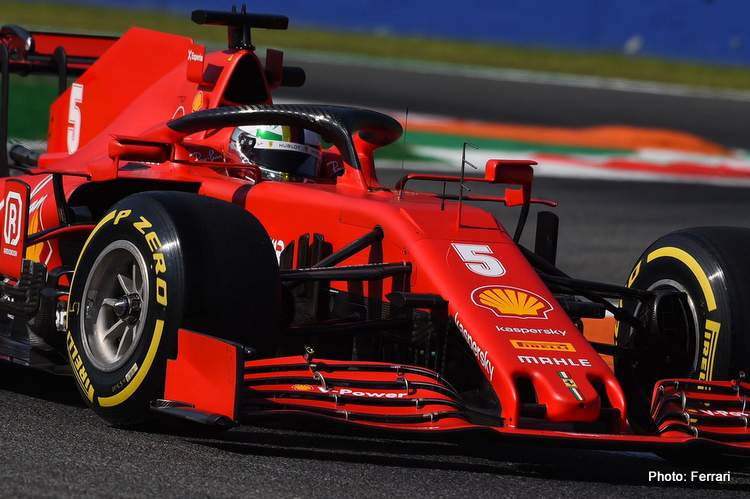 Sebastian Vettel’s final Italian Grand Prix as a Ferrari driver may well become the most forgettable if his pace in the first free practice of the weekend is anything to go by.

The German, who scored his maiden win at Monza in 2008 driving the Ferrari-powered Toro Rosso, this Friday morning was 2.2 seconds off the top time, 1.2 seconds slower than his teammate Charles Leclerc and only good for 19th on the timing screens.

On Thursday in the build-up to his team’s home race, he said, “Monza has always had a special place in my heart, because it was here in 2008 that I scored my first win, with a Ferrari-powered car and here that I have so often felt the support of the crowd.

“We will do all we can to get the most out of the car. It would be nice to give our supporters something to smile about.

“Knowing this is my last year with the team makes this race even more emotional. Maybe we can’t fight for the win but it will still be important to be able to say we did all we could to get the best possible result.

“That’s the goal I have set myself for this season; to leave Ferrari knowing I have left no stone unturned,” added the four-time F1 World Champion.

As for this weekend’s business, FP1 is normally not a good indicator of things to come but nevertheless does not auger well for what will come ahead. FP2 will be more telling, but one thing is sure Seb will not be emulating his 2008 victory this year.

He has won the Italian Grand Prix on three occasions including that first triumph with Toro Rosso he doubled his tally in 2011 and added a third in 2013, both times with Red Bull.

Since then he has never celebrated on the top step of that podium, thus never as a Ferrari driver, his best result for the Reds was second place in 2015, his first year with the Maranello outfit.

Last year Vettel finished 14th after he was involved in a race incident while, his teammate, Leclerc won on the day; the Monegasque’s first visit to the Temple of Speed as a Ferrari driver.