Vettel: I don’t feel pushed out 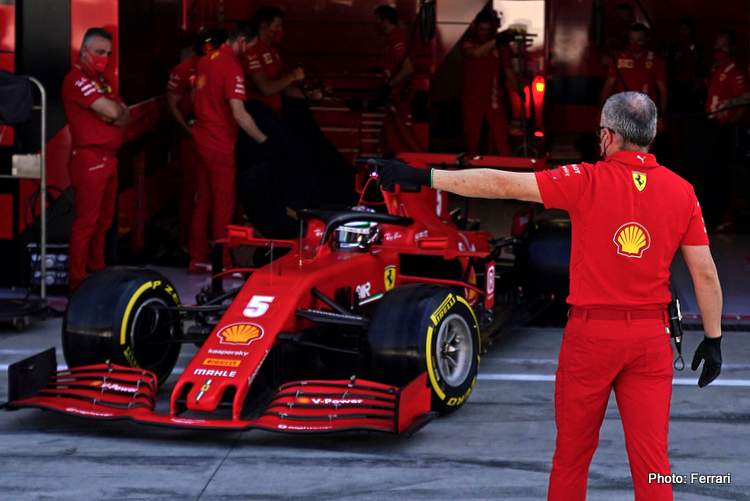 While former Ferrari president Luca di Montezemolo laments the treatment meted out by the new regime at Maranello to Sebastian Vettel in this final year of his as a Ferrari driver, but the German is adamant that all is well and there are no hard feelings despite the manner of his dismissal.

In less than a couple of years, Vettel has been demoted from Ferrari lead driver to number two as Charles Leclerc has enjoyed the upper hand from the minute he togged up as a Red starting with the season opener in Australia.

Since then the Little Prince has entrenched himself in the hearts and minds of his paymatsers as well as the Tifosi. His splendid victory on home soil – Monza – last year entrenched him in the Scuderia’s folklore instantly.

This all at the expense of waning star Seb whose form took a nose-dive around the same time as his new teammate walked into the garage beside him. Adding insult to injury, not only did Ferrari not renew their deal with the driver of their #5 car, they had Carlos Sainz lined up as a cheaper replacement long before Vettel knew his fate.

But Vettel told reporters at Monza he was not aggrieved, “I don’t feel pushed out. We are very open, also vocal and when something is not right – and that’s for Charles and myself – if I get asked, I would answer.

“If I don’t get asked, I might say it, nevertheless. I’m open, I’m here to do my job until the end of the year and there might be a lot in it for the team but there’s also a lot in it for me.

“I enjoy racing and I want to make sure I can get out of the car at the end of the year knowing that I’ve done everything I can to put all the things together, that mattered, to get the best result.”

And the end of the day report from him explaining, “The car was quite difficult to drive but it’s not the first time this year. As expected, we are losing out down the straight, but we also have to work on the balance to have a better performance in sector two.

“Also, on heavy fuel the car is not easy to drive, partly because we have to run with set tyre pressures. I think there will be a big pack of cars fighting to the hundredths in quali and I can image it will be quite similar in the race. It will definitely be complicated,” predicted the four-time F1 World Champion.