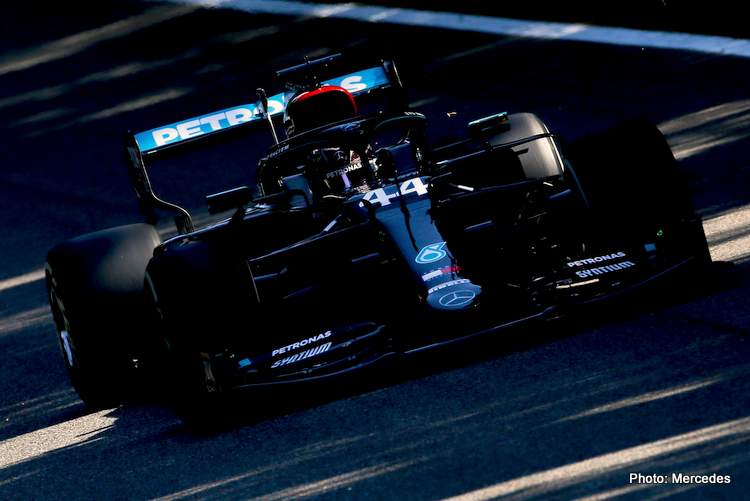 Lewis Hamilton kept his powder dry in FP1, allowed his teammate to strut his stuff in the Friday morning session before the World Champion restored order by popping his Mercedes top of the FP2 time screens to end day one of the 2020 Italian Grand Prix fastest of all.

The Black Arrows were again in another class, the W11 revelling in the power-hungry venue that suits their car better than any other in the pitlane. Hamilton’s best effort of 1:20.152 was unbeatable, with Bottas a quarter of a second shy in second place.

Ferrari recovered from a well below par morning, sort of…

Charles Leclerc was ninth fastest, better than his morning session but notably 1.3 seconds off the top time; in FP1 the gap was 1.2 seconds.

His teammate Sebastian Vettel who was 2.2 seconds down in FP1 found three-quarters of a second between sessions to end the day 12th, from 19th at lunchtime. However, he was still a quarter second off his teammate in the #16 car and did spin without damage.

McLaren stirred up the order with Lando Norris best of the rest, nine-tenths off top spot but still good enough for third fastest, with Carlos Sainz in the sister car three tenths down on his teammate in sixth.

Pierre Gasly’s shares continued to soar, ending fastest of the Honda-powered brigade not far off Norris to put the AlphaTauri in fourth place. Behind him was Max Verstappen, a full second down on Hamilton’s effort and si tenths up on Alex Albon down in 14th and slowest of the Honda lads.

Max said afterwards, “Not a good day. Struggled with grip and balance, so yeah quite a bit of work to do.”

Daniil Kvyat was ninth in the other AlphaTauri.

Lance Stroll was one of those who found good pace between FP1 and FP2, the Racing Point driver eighth fastest, a couple of tenths up on teammate Sergio Perez who rounded out the top ten.

Of note was that both Renault’s were out of the top ten with Esteban Ocon and Daniel Ricciardo, 11th and 15th respectively, suggesting more to come as Norris’ benchmark will become the target. 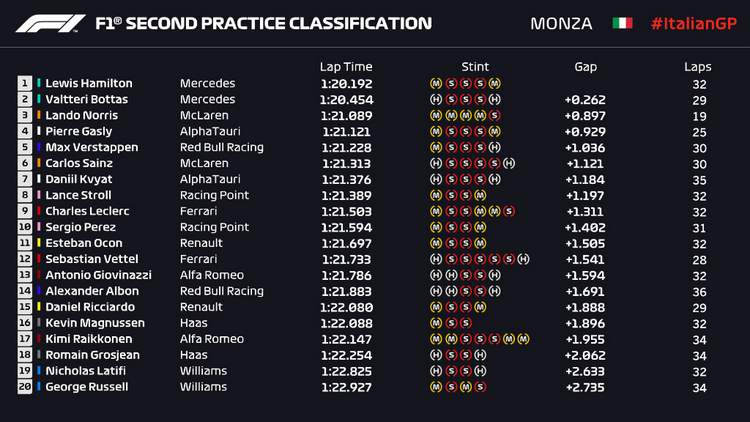