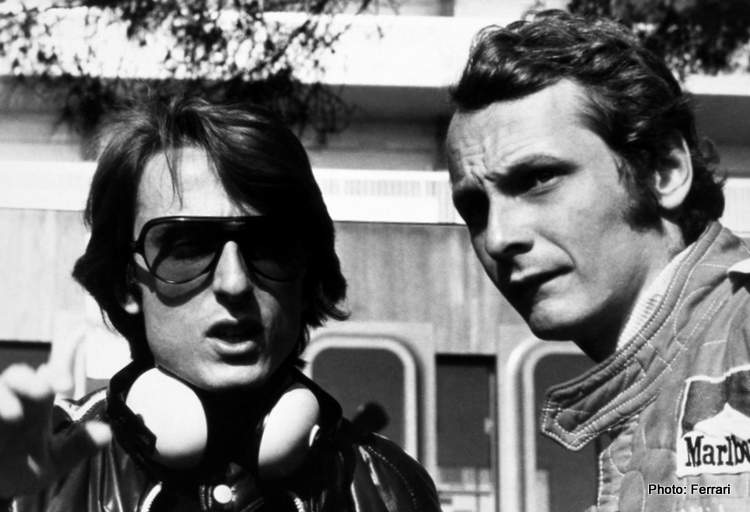 Ahead of the Italian Grand Prix weekend, former Ferrari boss Luca di Montezemolo has exonerated Sebastian Vettel of any blame for the great team’s current woes.

Ferrari’s fall has been well covered, the team a shadow of what it was only a year ago and now on a long and arduous road to recovery with Vettel out the Maranello door at the end of the season,

Speaking to RTL, Montezemolo blames the current crisis on bad management appointments in the wake of Stefano Domenicali’s departure from Maranello, “Unfortunately, the problems came after 2014. The people who managed Ferrari then had neither experience in Formula 1 nor competence in Formula 1.

“And they thought you could just snap your fingers and win quickly in Formula 1. ”

He also added that it was a big mistake was to let James Allison go among others, “I will name him, but I could also name others. And then you made the mistake of transferring very good technicians from road car production to Formula 1, which requires completely different skills.”

In 2014, Mercedes caught all their rivals flatfooted with this era’s hybrid-turbo technology with Ferrari playing catch-up this past decade.

Last year it appeared the Scuderia nailed it with their PU which was easily the most potent on the grid; Charles Leclerc winning for the Reds at power-hungry Spa-Francorchamps and equally horsepower friendly Monza.

But since the FIA bust and subsequent secret deal, the PUs with the prancing horse badge on them have been severely castrated.

Add to that the awkward parting of ways between Ferrari and their once favourite son Sebastian Vettel further exacerbating tensions within a team in a deep crisis despite the denials of such by their team boss Mattia Binotto.

The Vettel saga clearly irks Montezemolo, and said as much, “He has never caused any problems and always works from the team point of view. And he has won many races that other drivers would not have won.

“I didn’t like the timing and the way the separation from Seb took place at all. Everywhere in life there are changes, but it’s about how they are made.”

Montezemolo was the key figure at Maranello during the marque’s greatest eras, namely the Niki Lauda years in which the great Austrian revitalised the team’s F1 programme which was almost in tatters in the early seventies. Enzo Ferrari was more inclined to campaign his cars in the big sportscars races of the time.

Montezemolo changed the Old Man’s mind, and Niki did the rest.

Then, at the turn of this century, he was the architect of the superteam, led by Jean Todt, built around Michael Schumacher which led to Ferrari’s greatest spell in their history. Heights they have never attained again.

“Sebastian, like Michael Schumacher, needs to feel at home. He needs, like Michael, an environment that supports him, that defends him and above all protects him. That was the case with Michael and Jean Todt. I did the same in my early days with Niki Lauda,” added Ferrari’s greatest boss.