Verstappen: Really stupid to ask if I am motivated 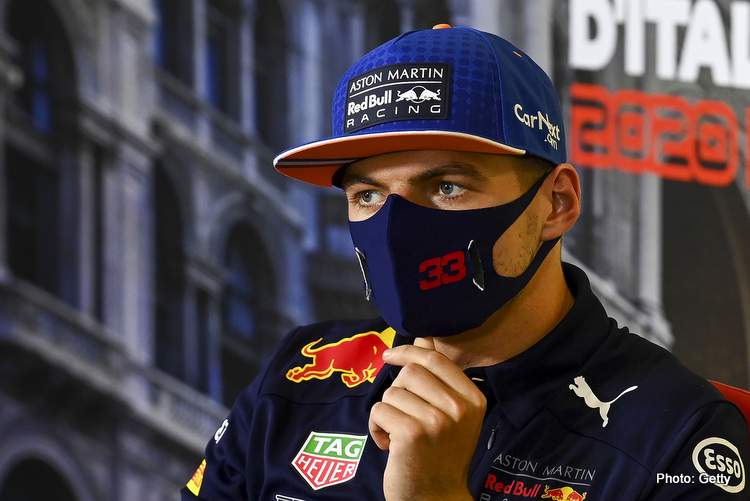 Journalists can ask very dumb questions at times when trying to scrape the barrel for a headline as was witnessed ahead of this weekend’s 2020 Italian Grand Prix.

Max Verstappen was asked at Monza if he still is motivated to be in Formula 1 despite the dominance shown by Mercedes this season and, in fact, since he stepped up to the top flight.

“It’s really stupid. I love what I’m doing. Every weekend I come here, and I love driving the car. So I want to, of course, try to challenge [Mercedes]. But if it’s not possible I settle for the best result possible in the car I have – and then I’m still enjoying it.”

Monza, like Spa-Francorchamps last weekend, will favour the big horsepower that Mercedes have in dollops and everyone else is chasing. But that does not deter Max, “We won’t give up but I’m very realistic that we need luck to win races and actually gain some points back.

“At the moment, it looks like we’re in the championship fight but every race I’m more or less losing seven points. “At one point the gap will of course be very big but yeah, like I said, being realistic, I think it’s good. Every single weekend I try to get the best out of it. It’s not like I’m down or anything – but be realistic.

“In Spa again, we were half a second slower a lap compared to them so you can’t really fight them at the moment,” added the Red Bull driver who lies second in the championship standings after seven rounds.

With aero-dependent Red Bull at his disposal, the Temple of Speed has not been very kind to Max, his best result was fifth in 2018. Last year he finished eighth after starting P19.