Leclerc: It will be a difficult weekend 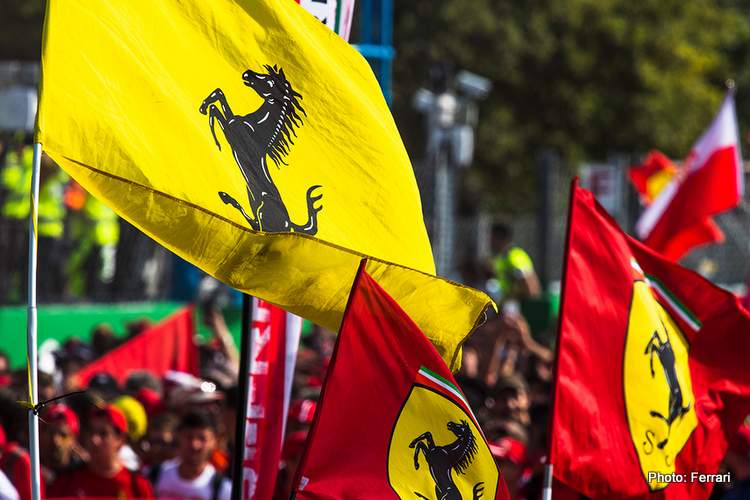 Ferrari may be lucky that their underperforming team in Formula 1 will play to almost empty stands at the 91st Italian Grand Prix, might save the Monza organisers a Tifosi riot should the great team have a weekend such as the one they endured at Spa-Francorchamps.

Heading to their revered home track Charles Leclerc played down expectations in the team preview, “We are not as competitive as last year, so it will be a difficult weekend. All the same, we are not lacking motivation for this round. We will all pull together to bring home the best possible result.”

Lsst year this time the team’s Little Prince was on a high, having won at Spa, a week later he triumphed famously at Monza, “crushing Mercedes” we wrote in the report that day – giving the Tifosi a rare and always cherished home victory, winning their hearts forever in the process.

It won’t happen this year for sure, but the memory of those celebrations atop a sea of red below the spectacular podium at the Temple of Speed, Last year I experienced the most emotional moment of my racing career here in Monza.”

But a year later, Charles summed up the reality, “This time around, the grandstands will be empty, as our fans, who made the podium ceremony so unforgettable, unfortunately, can’t be there with us.”

Teammate Sebastian Vettel is under no illusions either, “We come to Monza knowing it’s going to be tough to be a frontrunner this weekend.

“We have a specific aero package that we hope will make the SF1000 more competitive. Nevertheless our aim this weekend is the same as always: to make the most of our package and bring home as many points as possible,” added the German.

Ferrari confirmed, “For the Italian Grand Prix, the SF1000s will have a special aero package which should help the drivers get the most out of the car on this fast Italian circuit.”