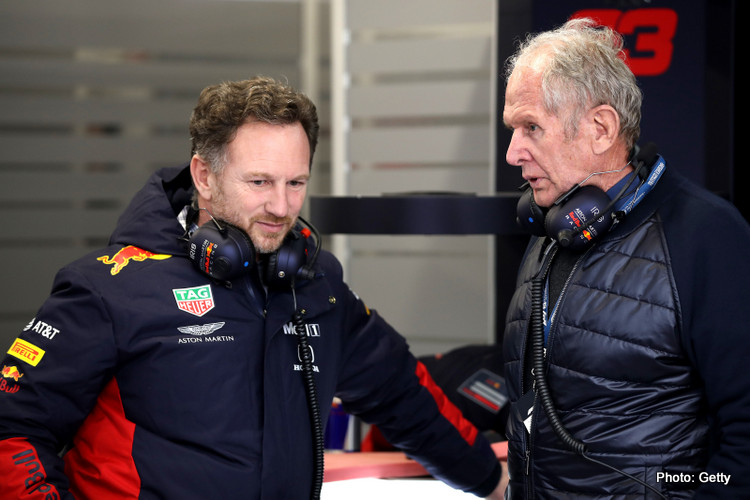 Red Bull’s Christian Horner has ruled out a return to Red Bull for Pierre Gasly, saying he is happy with Alex Albon’s performances to date.

Gasly was brought in as Daniel Ricciardo’s replacement, making the jump from Toro Rosso to Red Bull at the start of 2019. Gasly’s run in the Red Bull would only last 12 races with the Frenchman swapped out for Alex Albon at Spa after a series of poor performances.

Albon has had a tough time of things with the RB16 so far this season, unable to match the performances of Max Verstappen. Much of the time, Verstappen has been left to fight the Mercedes pair alone while Albon tries to distance himself from the midfield scrap.

Red Bull are a team with a history for making ruthless calls over their driver lineup, both in their F1 teams and the youth programme. As such, Christian Horner has been facing questions regarding the futures of Alex Albon and Pierre Gasly almost daily.

Horner has stood his ground and defended Albon‘s position in the Red Bull first team. He’s a big fan of the Thai’s racecraft but acknowledges his performances in qualifying need some improvement.

Pierre Gasly, meanwhile, has had an impressive start in 2020. He has pushed his AlphaTauri beyond all expectations, dragging it into fights with the likes of Ferrari and Renault.

On Gasly’s impressive season, Horner has said: “I think he’s performing well in the environment that AlphaTauri give him. I think the car is a good car this year, and I think it’s an easier car perhaps to drive than our car has been at times.

“But I think Alex, his performances on Sundays have been very strong. He drove another good race [in Belgium]. His defending, his overtaking, and his attacking is always strong, and I think we’re going in the right direction.

“So I think it’s good to see Pierre getting back up to speed, which is why he’s still on the programme. But we’re happy with the way things are.”

After a P6 finish in Spa, behind both Renault’s, Albon has improved to fourth in the driver’s standings. After seven rounds of the season, Alex Albon has finally put his name in a place reserved for the second-best car on the grid.

Horner added: “It’s obviously just frustrating when it’s the same two cars that you’re competing with, and it’s the same one winning every weekend. But we are working hard to try and change that at some point.”