Is Robert Shwartzman the next Ferrari prince? 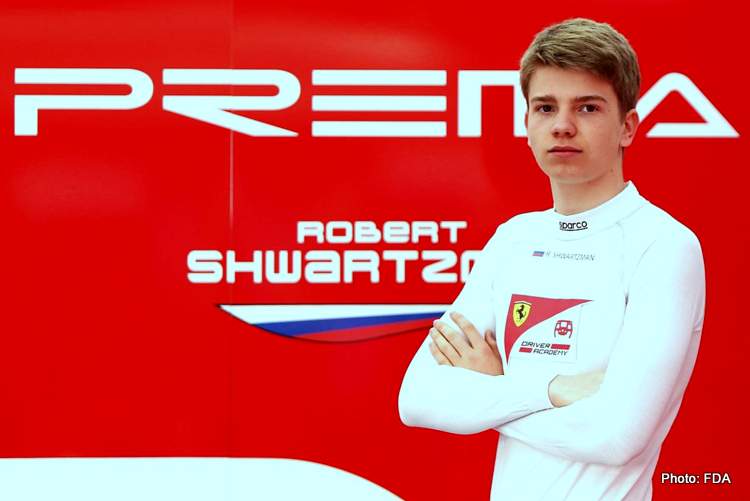 Mick Schumacher has always been touted as Ferrari’s next big thing. But after Robert Shwartzman’s dominant F3 campaign, straight into a confident campaign in F2, could the Russian be next in line to the throne?

20-year-old Robert Shwartzman was born on September 16th 1999 in Saint Petersburg. The Russian has spent most of his life racing, as is custom these days. having started karting aged five, Robert jumped into Italian Formula 4 machinery in 2014.

Shwartzman has been a part of Prema Racing since 2018’s FIA Formula 3 European Championship where he was partnered with Mick. Robert came into the season off the back of a third-place in Formula Renault Eurocup. His two wins and eleven poles were enough to finish the year in third, but ultimately it was Mick who swept the season with eight wins and 14 podiums.

While Mick jumped right into FIA Formula 2 with Prema, Schwartzman made the horizontal jump to FIA F3. The upgrade seemed to come too soon for Mick with his only podium a reverse grid win in the Hungarian sprint race.

The remainder of the season was average at best for Mick, only amounting to 12th in the standings. Shwartzman used his previous F3 knowledge to his strengths. He finished each race bar two (a P8 and a DNF) in the top five including three wins and ten podiums.

Robert Shwartzman has continued his hot run of form in 2020. Reunited with Schumacher at Prema’s F2 team, the 20-year-old earned himself a podium on debut at the Red Bull Ring before bettering his result a week later with a win in the Styrian feature race.

While Mick has improved on last season, it’s Shwartzman who looks to be wearing the boots in the current Prema lineup. The Russian presents a confident demeanour on track with a certain swagger that Schumacher is unable to rise to.

With three wins, what could have and maybe should have been four if it weren’t for a late collision between the pair at Silverstone 2, Shwartzman sits top of the pile in F2.

The success of Shwartzman leaves Ferrari in a difficult predicament. An Alfa Romeo seat that looked like it was to be reserved for Mick Schumacher really should be reserved for a driver with performance-based momentum on their side. Fellow Ferrari Driver Academy member Callum Ilott has also enjoyed some great success in 2020 but after a dismal time at Spa, has lost ground in the championship battle with Robert.

Shwartzman has the pace and the talent to make the jump when the call comes and instantly perform on the level required.

But with Ferrari themselves slower than Alfa Romeo at Spa Francorchamps, is now really the time to focus on the future of the Scuderia? The domestic issues at Ferrari should certainly be the priority before change is afoot elsewhere.