Ricciardo: It was a proper big lap 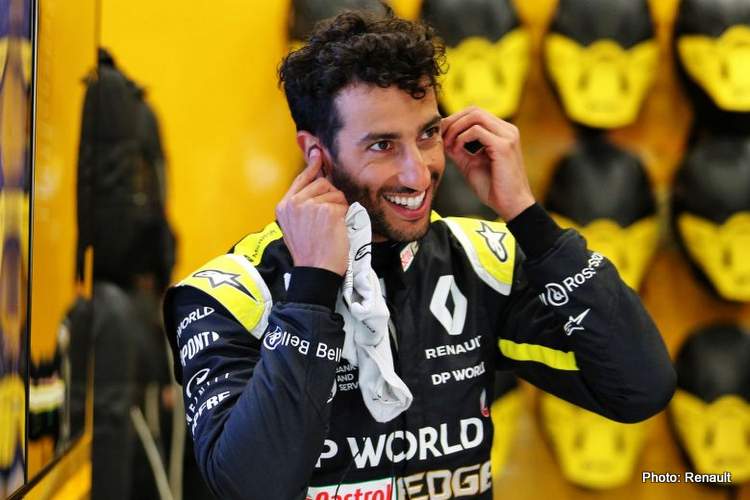 A delighted Daniel Ricciardo has just missed out on a place on the podium as he matched his best finish for Renault with a fourth-place finish at the Belgian Grand Prix.

The Australian star’s sparkling Sunday drive was capped off by becoming the first Renault driver since 2010 to claim the race’s fastest lap, which earned him an extra championship point.

Ricciardo was understandably buzzing after a final lap he reckoned was his best of the weekend.

“Yeah, I f***ing sent that last lap,” Ricciardo said over team radio after the race, he has now finished fourth three times this season and twice in the past four races.

Sunday’s race was very good for the French manufacturer with Ricciardo finishing just ahead of teammate Esteban Ocon.

“What a race and definitely an excellent result for the team. We had a lot of pace today and fourth is a strong result,” Ricciardo said.

“It’s been a while since I’ve had the fastest lap of the race, so that was also nice. My engineer told me what the current fastest was and I thought ‘I got this’!

“It was a proper big lap; I used all the track and went for it. Maybe it was better than my qualifying lap yesterday!”

Renault leave Belgium with a points haul of 23 – their biggest single race score since returning to the sport as a full-time manufacturer in 2016.

Even better for Renault, next up is Monza where they scored 22 points last year. So can the team take this pace to Italy next weekend?

“This was a good track for us last year and Monza was even better. We’ll see what happens, but we can go there with a lot of confidence,” Ricciardo said.