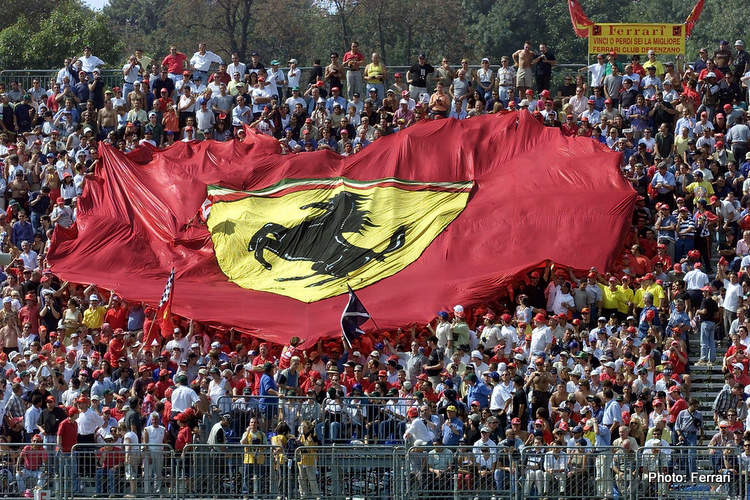 As a pretext to this piece, I am going to echo what Toto Wolff said during the 2020 Belgian Grand Prix weekend: “Ferrari’s an iconic brand and they should be racing at the very front.

“It’s not good for Formula 1, it’s not good for the competition at the front. I very much feel with all the Tifosi and employees of Ferrari for this lack of performance,” added the Mercedes team principal.

My thoughts 100%. Formula 1 needs a strong Ferrari. They are the people’s team, the one that conjures up the most passion, have had the greatest drivers, the one constant throughout the years. But, history also shows, it is the team that shoots itself in the foot more often than most.

However, all these factors combined are what give the Scuderia that unique allure. You love them or you don’t, but with conviction, thus a team that Formula 1 needs.

Without Ferrari Formula 1 is not Formula 1.

And I am not a Tifosi but I have good friends who are, but one cannot deny the importance of the team they support.

In fact, what triggered this piece was watching the race at Spa-Francorchamps on Sunday, and not seeing a Red car among the first dozen startled me.

Honestly, it looked odd and reminded me of my first race as an accredited F1 photographer – the 1981 South African Grand Prix which Ferrari, to my consternation at the time, decided to boycott.

It was the time of two despots vying to rule the sport, Jean-Marie Balestre (FISA) on the one hand and Bernie Ecclestone (FOCA) on the other. Ferrari aligned with the former and stayed home that weekend, while the other teams made the journey to Kyalami. [A tale for another time.]

On a gloomy wet Sunday, the race took place but I remember vividly that without Ferrari there was something missing that whole weekend; more so on race day. In the end, it did not even count for points.

Now, 39-years later I had deja-vu watching things unravel in yesterday’s race, no Reds where they belong which reminded me…

It’s like the Yankees and baseball, Real Madrid and soccer, Lakers and basketball, the Dolphins and football, the All-Blacks and rugby; Ferrari and Formula 1 – one synonymous with the other; all global sports teams that transcend the eco-system of their discipline.

Therefore the People’s Team in F1 needs to be back up where they are expected to be; even at their best they can be ‘interesting’ for the non-Tifosi. At their very best… Schumi and Niki spring to mind.

Resources are not an issue, drivers are sorted, yet today the team is in total disarray.

The situation is well beyond Mattia Binotto’s incompetence at the helm, its about Louis Camilleri and John Elkann doing something drastic to save this sinking ship.

Ferrari relegated to back-of-the-pack oblivion, for the foreseeable future, has the capacity to take F1 down with it.

More weekends like the one in the Ardennes and fans – not only Tifosi – will not turn on the TV to suffer watching the team struggling at the wrong end of the grid, their drivers toiling with no reward in races, at a level not witnessed in decades.

While other fans are exhausted from a decade of relentless Mercedes domination and the type of superiority they showed in Belgium. The reality is, the boredom of the team-ordered Spa one-two on Sunday does not bode well for Monza where the deficit could be larger.

For fans, why bother with messing up a Sunday afternoon for Live F1 when the results are pretty much inked in before an engine is fired-up?

Which is sad and unfair, because the World Champions deserve all the plaudits for their excellence, which has simply left their rivals seriously wanting, with no answers.

None of the other teams have stepped up or even come close, nevertheless, without a strong Ferrari challenging Mercedes, victory cannot be as sweet for Toto, Lewis and their team.

Final word to Binotto: “Fighting where we fought in this race is not justifiable.”