In The Pitlane: Pirelli under pressure 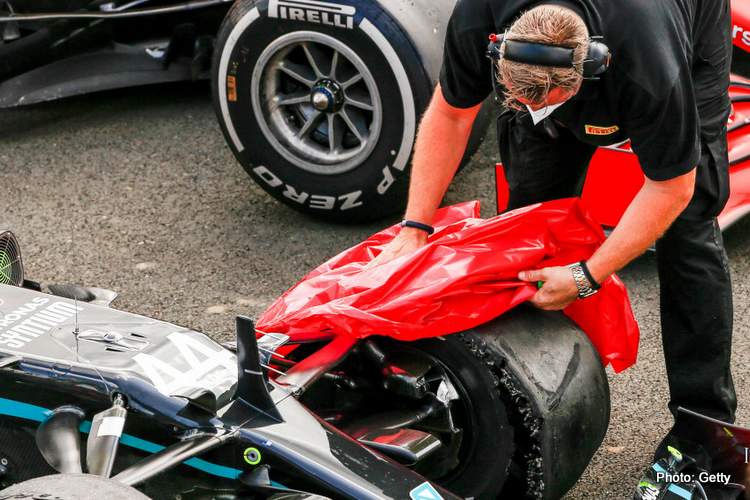 With the Formula 1 season now in full swing, tyre supplier Pirelli is feeling the heat in the aftermath of tyre failure saga at the British Grand Prix, and now they are under-fire for dulling the show in Belgium on Sunday

Lewis Hamilton is on Pirelli’s case when pre-season he said, “Pirelli must produce better tyres for the 2021 season.”

At Spa, Hamilton commented that the drivers are, “constantly complaining about overheating tyres” that they cannot use to push consistently, which he says is also a factor in F1’s lack of close racing.

So, with such public scrutiny, why do tyre manufacturers want to be involved in F1?

Tyre companies have justified their involvement in F1 either claiming they wish to be involved in a technology dual with rival tyre makers or to showcase their technology.

The awarding of the contract is a two-stage process firstly the FIA scrutinizes tenders to establish they meet with their technical and safety requirements. Secondly, successful tenders are provided to Liberty Media who conduct the commercial negotiations.

To this end, Pirelli sweetens the deal with a sponsorship commitment of around €120-million per year spent 50/50 between on-track activities and trackside marketing/race sponsorship.

Pirelli has embarked on a new business strategy which will see the company focus on producing tyres for the luxury car and SUV market, Pirelli tyres are used by the likes of Ferrari, BMW, and Porsche.

The company expects the prestige sector to grow by 6% a year in sharp contrast to standard tyres which are only expected to grow at 1%.

CEO Marco Tronchetti Provera interviewed by the Financial Times said, “this prestige part of the market is doing better,” The sector accounts for 66% off the company’s turnover in 2019. By concentrating on this sector Pirelli aims to cut costs by €510m by 2022, generate €1.5bn cash and increase profit margins.

So F1 enables Pirelli to create brand awareness at the very pinnacle of motorsport and the association with the likes of Mercedes and Ferrari aligns them with the luxury car sector.

The brightly colored Pirelli branded tyres on F1 cars is a fantastic opportunity for brand awareness.

Pirelli likes to position itself as a brand and not just a tyre company and to that end, it promotes its Italian heritage.

The reality is Pirelli is Chinese owned since 2015 with the 45% shareholder Marco Polo International Italy being a holding company for state-owned ChemChina. China is particularly important to the company with two factories in China and 12 % of sales from mainland China.

Even so, Bridgestone, Michelin, Goodyear, Continental, Sumitomo, and Hankook are all larger outfits so Pirelli has their work cut out in the ultra-competitive world of global tyre manufactures.

Of course, the strategy only works for Pirelli when the tyres perform. The sight of Lewis Hamilton limping to victory at Silverstone with a busted Pirelli tyre in front of a global TV audience was a marketing and PR disaster.

Pirelli has been here before with the infamous 2013 British GP when they suffered seven blowouts on the cars of Pérez (twice), Alonso, Hamilton, Gutierrez, Vergne, and Massa and then there was the small matter of “tyre gate” when they privately tested with Mercedes.

Thus, Pirelli must get its act together or their whole business strategy is at risk.

Pirelli will have to keep on their toes as South Korean tyre-maker Hankook is aggressive in the motorsports sector having just won the tender to supply Formula E for the 2022-23 season from current supplier Michelin who have been the tyre supplier since the start of the series back in 2014. Hancock was also successful in winning the contract for the new W Series in 2019.

So, Pirelli may have more to worry about than chunking, marbling, degrading, blistering, crumbing, delaminating and, graining.

On a footnote: It has been widely reported during the pandemic that Pirelli’s F1 chief Mario Isola is a volunteer ambulance driver in Milan. In fact, to his credit, this is something he has done for an incredible 31 years.