Hamilton: Fans need to understand this is not our fault 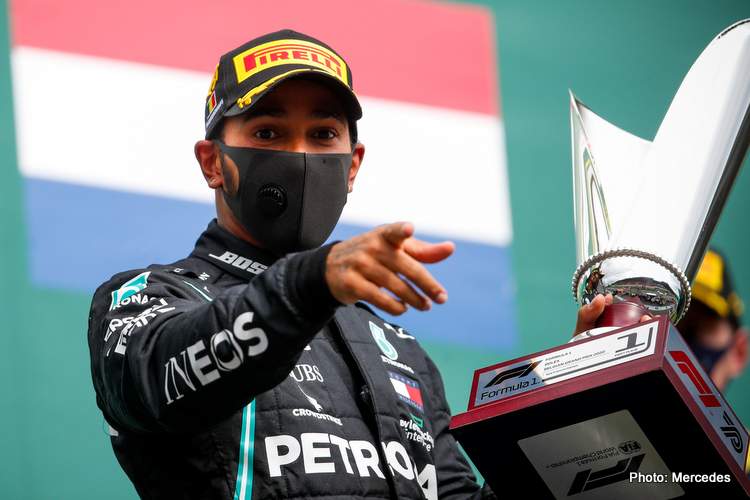 Lewis Hamilton insists he and his dominant Mercedes team are not the ones to blame for dominating Formula 1, the World Champion instead pointing his finger at the sport’s bosses for drawing up the current regulations that have created the Ground Hog Day monotony that the sport has become.

On Sunday, Hamilton cruised comfortably and unchallenged to his fifth win in seven races at Sunday’s Belgian Grand Prix on what is his inevitable march towards equalling Michael Schumacher’s record title haul.

The six-time world champion is now 47 points clear of Red Bull’s Max Verstappen and 50 ahead of Mercedes team-mate Valtteri Bottas.

Hamilton and his all-conquering Mercedes W11 are in a class of one this season, and his emphatic victory at the Spa-Francorchamps circuit marked the 89th of his career, taking him to within two of Schumacher’s victory record. His likely title triumph this season will be his sixth in seven remarkable years.

But responding to claims that his dominance could be a turn-off for the sport, Hamilton said: “Fans need to understand this is not our fault. As drivers, we come through the ranks and we earn the positions we have.

“We come into each weekend devoted and give absolutely everything to perform at our best. The decision-makers who design the cars and set the rules are the ones to apply the pressure to, to do a better job.

“I am hopeful that is what will happen in 2022 when the regulations change, we have a new type of car, and we will see a different form of racing where we can follow closely and have closer races.”

For now, and probably for all of next year, too, Hamilton is almost untouchable. He qualified half-a-second faster than anybody else before leading every lap at Spa-Francorchamps.

A win at Monza on Sunday followed by a victory at the Tuscan Grand Prix a week later will make him level with Schumacher’s victory record.

The great German re-wrote F1’s record books by winning 72 of his 91 races and five consecutive titles while driving for Ferrari at the turn of the century. Hamilton’s own stranglehold on the sport is turning into a carbon-copy of Schumacher’s dominant, but tedious, run.

He relates, “I cannot speak for the fans now, but having been a fan and growing up through different eras, the Schumacher era for example, I know what it is like.

“I was a teenager back then. I would have woken up, eaten my bacon sandwich, watched the start, gone to sleep and then got up again to watch the end of the race.

“If I was watching as a fan today, I would have done the same thing and just tuned in for the highlights. I can imagine it was definitely not the most exciting race for those watching,” added Lewis.