Verstappen: I couldn’t keep up with the Mercedes 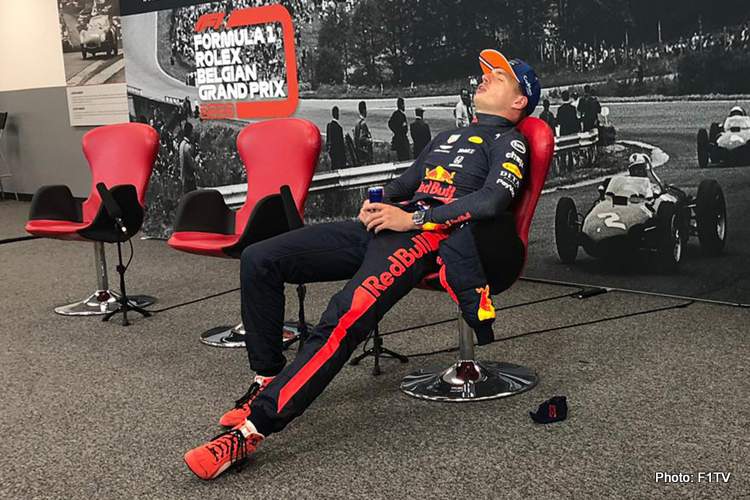 Despite the commendable bobbing-and-weaving by Max Verstappen, in the build-up to the Belgian Grand Prix fight with Mercedes, when the chips were down the Red Bull driver was again sent into a gunfight with a knife.

The increasingly handy RB18 simply no match for the incessantly awesome W11 on the high-speed twisty tarmac bits through the Ardennes hills and forest.

Without the firepower to even get near the Black Arrows, Max was resigned to no-mans-land which is third-place these days; the gap between the Dutchman and the rest even bigger than the gap between him and the pacesetters.

With Red Bull teammate Alex Albon again nowhere in comparison, it was another solo effort by Max as he explained afterwards, “There wasn’t much to do. I couldn’t really keep up with the Mercedes. It was not really enjoyable out there. On the medium tyres I didn’t have a lot of grip.

“I was catching up to Valtteri but they told him to speed up and I couldn’t keep up. It was pretty lonely! It wasn’t really much of a fight and I just tried to do my own race and maximise the result.

“On the medium tyre I didn’t have a lot of grip and then on the hard I was initially trying to put pressure on Valtteri but he was told to speed up and was able to build a good gap, so after that it was a bit lonely.

“There was not much action up front unfortunately and the tyre wear was quite high so we couldn’t really push. I had some vibrations towards the end of the race so I really had to manage my tyres, I took no risks and brought it home.

“Overall, we had a good weekend and the car balance was nice so we can be pleased with that. We are not here to finish third and we want more but it is always good to be on the podium. We’re looking forward to Monza – let’s see where we end up,” concluded the 22-year-old.

Verstappen departs Spa-Francorchamps with 110 points which puts him second behind Lewis Hamilton on 157 and ahead of Valtteri Bottas on 107, after seven rounds.