Leclerc: We have to stay united 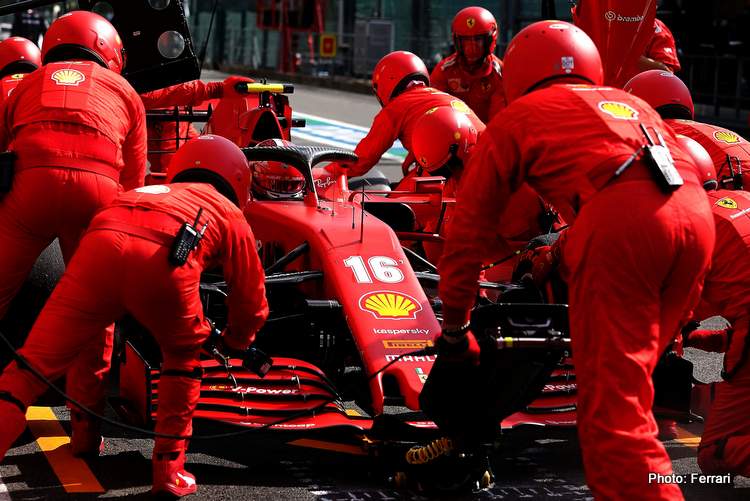 Ferrari’s Little Prince had a paupers Belgian Grand Prix, struggling with the three-legged SF1000 to 14th place as his team sinks to one of its worst showing in recent memory but the battle cry from the young driver is: “We have to stay united.”

A war-cry that when coupled to Sebastian Vettel’s call to “keep calm” suggests turmoil at Maranello with panic stations on high alert.

This Sunday in Belgium will be very hard to swallow for all concerned.

Charles Leclerc’s resigned demeanour said it all after the race,  “It was extremely frustrating, it’s been a very difficult weekend for us, and the race was not any easier. It’s difficult for us to overtake even with the DRS, so we need to work on it.”

The Monegasque is well-loved by his team and Tifosi alike, he showed why by wrestling his way into eighth at one point in the race. But as the race unravelled, the attrition was too much for the inadequate car and he slithered down the order, crossing the line 75 seconds down on race winner Lewis Hamilton.

He added in today’s race report, “I had a very good start and managed to make up several positions thanks to a good tow up to turn 5, but after that thing started to get worse. First of all, we lost time during both pit stops due to some issues.

“During the second stint, we knew that we couldn’t make any miracles happen so, seeing the position we were in, with a train of cars ahead and no possibility to overtake, we decided to try something different and go for a second stop. It’s a shame that it didn’t work out, but ultimately, we just didn’t have the pace we needed.”

Next stop is Monza, the Scuderia’s home track, where the absence of fans may save a riot from happening should the Reds perform as they did at Spa. But the Temple of Speed is no friend to the lethargic, which means more pain for Ferrari and their 2020 creation.

Leclerc was already playing down expectations on Sunday evening at Spa, “The next race will be a difficult one for us, but hopefully from Mugello, it could get better. We have to stay united, react and work hard to come back to where we were before.”

Charles lies fifth in the drivers’ standings on 45 points after seven rounds, 112 shy of Lewis Hamilton in top spot with 157 points.