Verstappen: To be that close to Valtteri is a good result 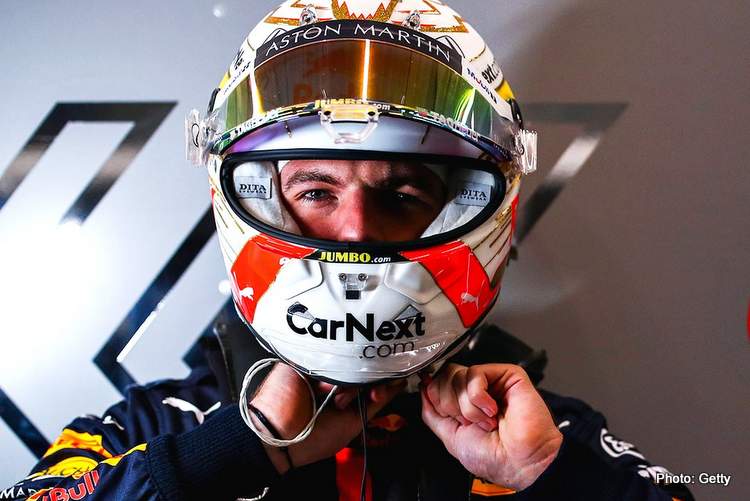 Red Bull headed to Spa-Francorchamps not expecting the high-speed friendly venue to it their car, but Max Verstappen surprised himself, his team and the entire paddock by nearly splitting the pace-setting Mercedes duo in qualifying for the 2020 Belgian Grand Prix.

Max is a driver who wears his heart on his sleeve, and it would be fair to say he was enthused by how things panned out, “Overall, it’s been a really positive weekend so far, we came here and thought it was going to be really tricky for us and actually to be that close to Valtteri and in P3 is a good result.

Late during his final Q3 run, the Dutchman was heard lamenting he had run out of boost and later explained, “I ran out of energy [ERS] a little bit but it is distributed across the whole lap which is the best way to do it. Pleased with the day, and there’s a lot of opportunities tomorrow.

“If you look at the lap time off to Lewis, I don’t think we can fight them in the race, but with the weather I hope it comes into play, and it will make it more fun.

“I’m happy with the balance of the car and we have made a good step. Now we need to hope for a good start and then we can push Mercedes hard and maximise our result again,” concluded Max, whose racing driver mother Sophie Kumpen hails Belgium.

Alex Albon in the sister car appears to have stepped it up this weekend, working well with his teammate during qualifying, suggesting two Red Bulls may now be in podium contention.

Albon revealed, “We’re on a different strategy to Max and start tomorrow’s race on the soft compound. The start is obviously important here with such a short run to Turn 1 so we’ll be looking for a good and clean getaway. After that, we’ll see but with the possibility of rain it should be an exciting race.”

Team boss Christian Horner was quick to praise his lads, “There was some great teamwork by the drivers today and they delivered a strong result for the team. Third and fifth, so close to the front row, with Max just a hundredth off Valtteri gives us confidence at a track we know you can overtake at.

“We have a slightly different strategy between the two cars with Max starting on the medium tyre and Alex on the soft, but that gives us options and of course we don’t know what to expect from the Spa weather.

“It will be hard to attack the Mercedes but with Max we have a real fighter of a driver and it’s great to have Alex up there as well,” added Horner.