Stroll: We were expecting more 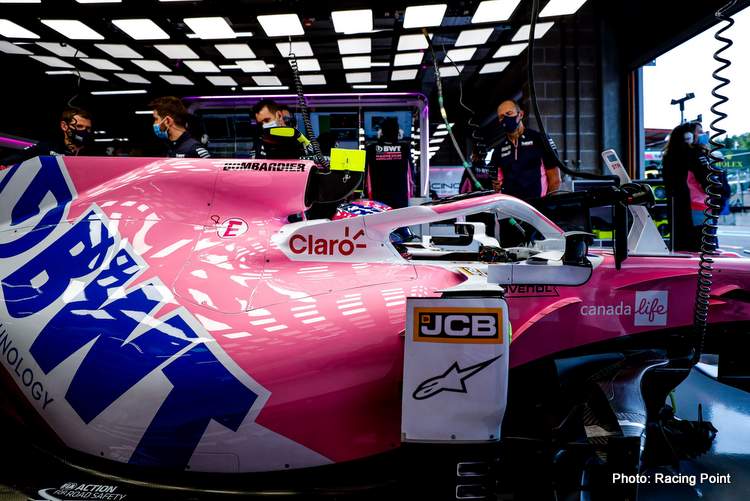 Everyone in the paddock were expecting a far more potent Racing Point team than the one that turned up for Belgian Grand Prix qualifying on Saturday, in which they performed below expectations for a team that boasts one of the best cars on the grid.

The high-speed nature should suit the RP20 coated Mercedes W10, but the team failed to find the sweetspot and as a result are further down the grid than they cared to be.

Lance Stroll summed up the sentiments after ending the session ninth, “We weren’t as competitive as we wanted to be today and we were expecting more.

“We tried to reach Q3 on the medium tyre, but it just wasn’t possible. In Q3 I lost two tenths on my best lap by locking up at the last chicane, which is a crucial part of the lap. When the grid is as tight as it was today, that’s costly and it meant I wasn’t able to improve on P9.

“It was a frustrating day, but now it’s about bouncing back tomorrow. We need to go away tonight and review because there’s a lot for us to analyse and improve to try to get back to the sort of pace we were showing on Friday.

“All in all, I think we’ll have solid race pace tomorrow and anything can happen – and there’s always the possibility of rain. We’re right in the mix and it’s going to be a close battle, so we can still fight for good points,” added Stroll who was less than a tenth down on his teammate.

Lining-up in P8, Perez is also banking on race pace to move him up the order in the race, “We know it’s going to be tight in the race tomorrow too, but I feel confident we will have good race pace. I think we can move forward and still score plenty of points.

“There’s going to be a bit of an unknown with the weather too, so we might need to react quickly if rain arrives for the race,” explained the Mexican veteran.

The tight field means any small mistake will be punished, but a chance of rain could spice things up in the race 🌶️#BelgianGP #F1 pic.twitter.com/dclfdMAapl