Russell: I am thrilled, now bring on the rain 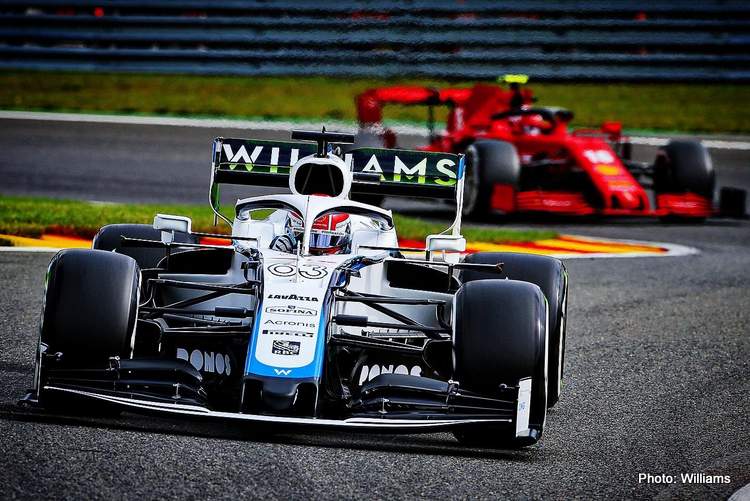 George Russell’s shares keep soaring as does the form of his Williams team, enjoying their best qualifying of the season at Spa-Francorchamps on Saturday, the Englishman will start the 2020 Belgian Grand Prix from 15th.

It was Russell’s fifth Q2 appearance and again he had the better of his rookie teammate Nicholas Latifi who was only good for 19th, half a second slower than his teammate.

“I am thrilled,” declared George in his team report. “It was probably the best qualifying of the year for us. On paper, our car does not suit this circuit because of the long straights, so we were not expecting to be close to Q2.

“We put a really good lap together and the car was feeling great. It was exhilarating driving around here with the car on the limit like that, so I am really pleased.

“We hope for rain tomorrow as if it is wet it might mix things up a bit, so fingers crossed the heavens open,” added the 22-year-old as rain clouds are expected to loom over the Ardennes most of Sunday.

Vehicle performance boss Dave Robson was upbeat after the performance, “It was a little surprising to be fighting with the two Ferraris, but it was nice to see us resume a proper battle with Haas and Alfa Romeo.

“Tomorrow is of course where it really counts but we have put ourselves in a good position with both cars to fight with Haas and Alfa Romeo.

“If we can also put some pressure on the Ferraris then we are set for a good race,” added the engineer who would probably never imagined he would be saying that at this stage of the season.

Notably, Williams improved the most of all ten teams since last year’s race at Spa, the Grove outfit found four seconds in the past twelve months, dwarfing their rivals and surely one of the most dramatic returns from absolutely nowhere in recent times.