Hamilton: That one’s for Chadwick Boseman 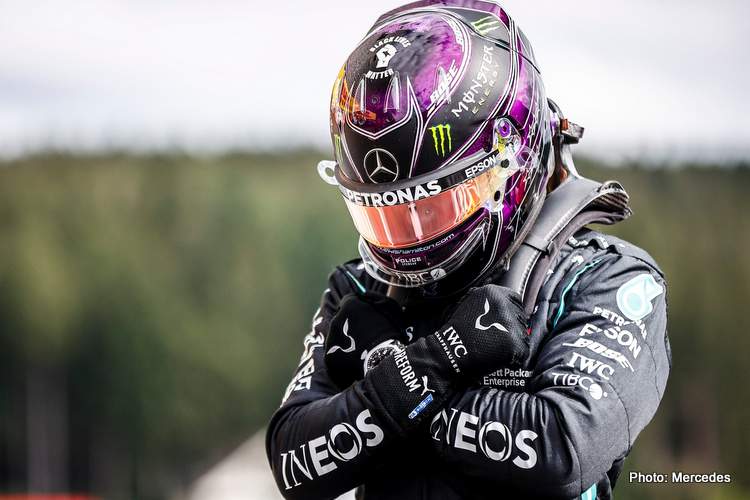 As Lewis Hamilton crossed the line to claim pole for the 2020 Belgian Grand Prix, he declared over the Mercedes team radio: “That one’s for Chadwick Boseman. Rest in peace.”

“Black Panther” film star Chadwick Boseman, an actor whose work celebrated African-American pioneers and culture, died at age 43 after a four-year battle with colon cancer, according to an announcement posted on his social media accounts.

Hamilton added when interviewed afterwards in parc ferme at Spa-Franorchamps, “This was an important pole. I woke up today to the saddest news of Chadwick [Boseman] passing away.

“It’s been such a heavy year for us all and that news broke me, so it wasn’t easy to get back focused. For what he’s done for our people and superheroes – to show the kids what’s possible in life. Wakanda forever,” added Hamilton after notching up his 93rd pole on Saturday.

Boseman, a native of South Carolina who began his screen career in episodes of television dramas such as “Third Watch,” “Law & Order” and “ER,” passed away at his home, with his wife and family at his side, the statement on Twitter and Facebook said. It did not specify when he died. He resided in Los Angeles.

The actor’s most memorable role was his performance as T’Challa, king of the fictional, futuristic African kingdom of Wakanda and the crime fighter known as Black Panther, in the first major studio superhero movie featuring a predominantly African-American cast.