Fisichella pole at Spa in 2009 should inspire Racing Point 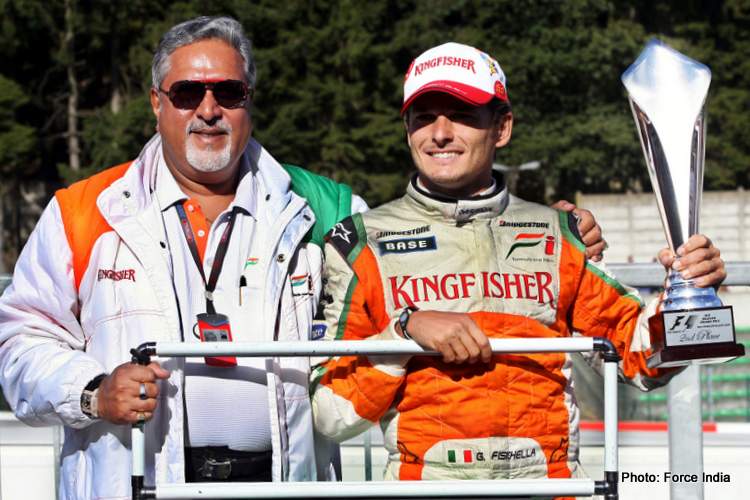 If there was a day when Giancarlo Fisichella was the best driver in the world, it was during qualifying for the 2009 Belgian Grand Prix when he powered the Force India VJM02 to pole position for the race at Spa-Francorchamps.

With the Italian at his very best that Saturday afternoon, he took pole by less than a tenth from Jarno Trulli (Toyota) and Nick Heidfeld (BMW-Sauber) to ensure Vijay Mallya’s team started from the top spot of the grid for the first and last time in their history.

Fisichella’s effort was mighty considering that his teammate Adrian Sutil was half a second down in the sister car when failing to make it beyond Q2.

Fisichella said on the day of his fourth and final F1 pole position start, “It’s amazing. It’s fantastic. I’m so happy about that … I didn’t expect that result. This is one of my favourite circuits … but I didn’t expect to be on pole.”

No one did that day!

The Force India led early on in the race but a charge by Ferrari’s Kimi Raikkonen, after a safety car period compacted the field, relegated Fisi to second place where he remained to end a memorable weekend for the team.

Now, a decade later Force India has morphed into Racing Point, with a totally new organisation in place and ambitious plans for the future and, for the first time in a while, there is an outside chance that Lance Stroll or Checo Perez may sneak it into pole position.

In the wake of a positive Friday at Spa, the Pink cars should have the legs for a second-row lockout at best or, at least, two cars in the top six would be a realistic target based on current form, plus the potential Spa affords their high-speed efficient RP20.

However, to claim the number one grid slot, for tomorrow’s race in Belgium, will take a huge effort from the drivers but their team history shows that it can be done, all they need to do is tap up Fisi for some of the magic he found on that day, all those years ago.