Binotto: We struggle to make the tyres work 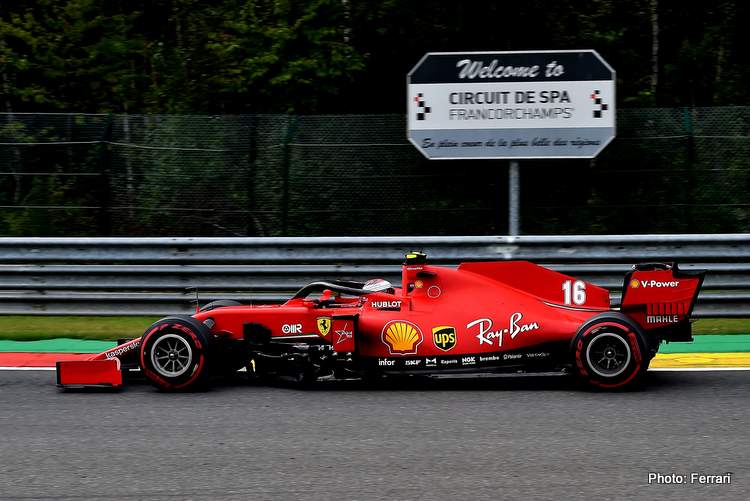 Ferrari are in dire straits, ‘crisis’ too kind of a word to describe their current plight, as their shortcomings were cruelly exposed at power-hungry Spa-Francorchamps on Friday with their drivers way off the benchmark pace and toiling with Williams on the timing screens.

Only a year ago the Reds powered to a one-two in qualifying as their car was mighty through the Ardennes hills and Charles Leclerc went on to win the race the next day. That won’t be happening this weekend in Belgium or in the foreseeable future.

The rampant cavalinos of yesteryear have been shackled, the Prancing Horse more a lame donkey these days with a concept that has set them back alarmingly.

At the end of a dismal Friday at Spa, Binoto admitted to reporters, “We struggle to make the tyres work. We are lacking grip, both in braking and acceleration. There is no overall performance in the car. So certainly the drivers are complaining about grip, overall grip.”

The bottom of the timesheets was FP2 reality for the Scuderia:

Binotto tried to explain, “I think, that’s not the potential of our car, and that’s certainly not the normal position for our car if you compare where we are on the grid and the relative competitiveness to the others.

“Certainly, if you don’t have grip, you are not fast in sector two, and then you are slow in all three sectors as a consequence.

“So yes, there is a lot to do, and try to address it for the rest of the weekend,” explained the Ferrari team boss who will be lucky if either of his drivers makes it beyond Q2, should they not be axed at the end of Q1 of course.