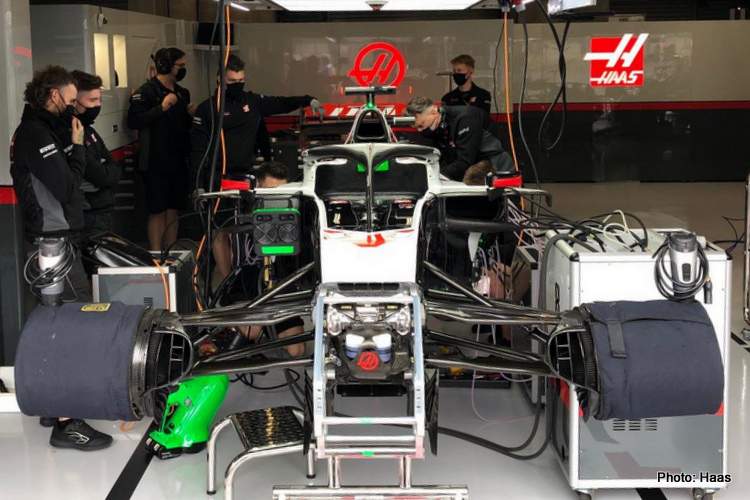 It was a thoroughly disappointing day for the Ferrari powered squads on day one of the 2020 Belgian Grand Prix weekends at Spa-Francorchamps, the Haas team suffering the indignity of ending the day with both cars pegged to the bottom end of the timing screens.

In FP1 three of the PUs were binned with no laps run for the trio of drivers; one on the Alfa Romeo of Antonio Giovinazzi and the other two bolted to the Haas cars of Romain Grosjean and Kevin Magnussen – the pair end slowest of all by over two seconds.

Team boss Guenther Steiner summed up the sentiment in the American team’s garage, “It’s been a very disappointing day today. We didn’t do any laps in FP1, other than the installation laps, because of both engine failures. The only good thing from today is that the guys did a fantastic job to get the cars together again.

“We at least got back out in the afternoon to find some kind of balance on the car, that’s what we achieved. We just need to get the best out of tomorrow’s one-hour practice session. Again, I just want to say a big thank you to the guys – they kept on working hard to get us back out there.”

Forced to sit out FP1 with his teammate suffering the same plight, Magnussen said, “It wasn’t the ideal day. We didn’t get out in FP1, then because we had to change the power unit, we were also delayed in FP2. Not a great start to the weekend but of course we’ll try and make up for it tomorrow.”

Grosjean added, “The car actually felt good, so that’s nice, but we’ll pay the price for the straight line here. I believe we’ll be in the fight for 15th to 20th – I just don’t really see much more, but I hope I’m wrong.”